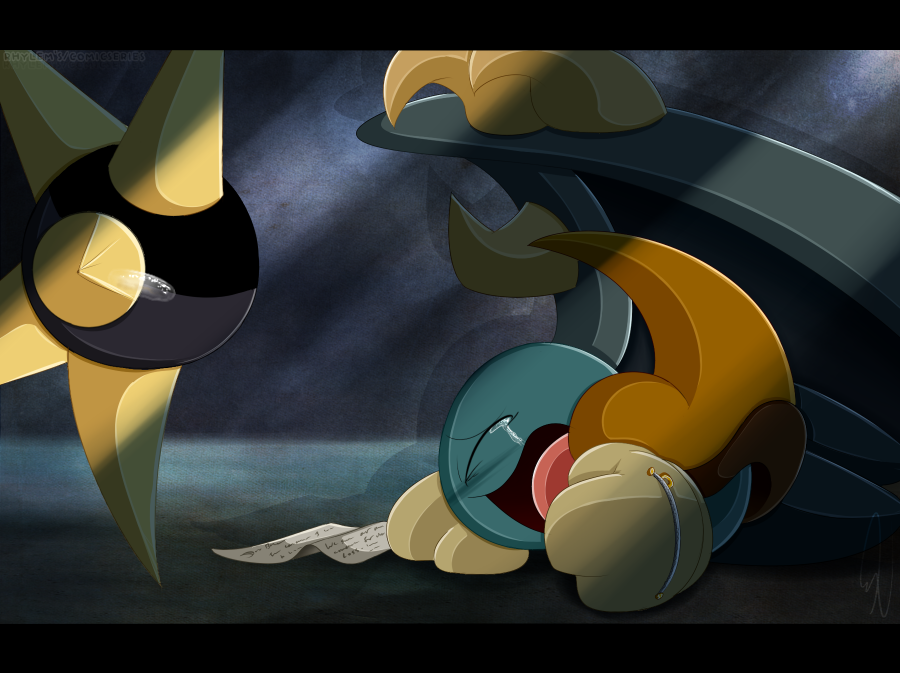 LIAR!!!!  Bate's voice roared as he threw the letter on the ground.  "Ellie's going to come home! We promised, She promised!!!!"

"She's just running late! She'll be here!" He glared at the other, kicking the letter back to him. "Now leave me alone. She'll be here any minute now, and I don't want to miss when she arrives."

With tears forming in his eyes, Gordon looked down at the letter discarded on the floor and shook his head. "N...No she's not..."

Gordon refused to leave, and gently place a hand on his comrade's shoulder. "I...I'm sorry Bate. S..She passed away."

He could feel the warrior shake in his grasp. When Gordon thought he finally understood,  Bate swiftly turned around and smacked his hand away from him.

"Don't say that! Don't you dare say that to me! Ellie is alive! She's on her way back to Kalmari!" He shouted, tears streaming in down his face.

Bate inched back, shaking his head in disbelief. "S-stop s-saying that, Gordon." He looked at the letter the Gordo was now holding towards him and it was then it finally hit him.

What little hope and optimism Bate had dissolved into a pit despair. Reality set in, and the warrior's knees buckled from the realization that's setting upon him.

Gordon watched in silence as his best friend cried out in pain. He knew nothing he could say or do will mend his broken heart.

-----
Based off of Page 31 of The Bird and The Squid. Where Bate finally realizes that Ellie has passed away.

It's always hard drawing or writing anything when it comes to Bate dealing and coping with the loss of Ellie. He went through an extremely rough recovery. Bate lost a lot of things that day; his happy memories, lots of precious moments they shared together, and secrets only Ellie knew.

Ellie was the only one who knew how much he loved to have his wings trimmed and pampered, or how he loves to wake up late at night during the cold season to watch the first snowfall, or how much he looks forward to eating the special bentos she makes for him. Memories of star gazing, dancing, eating out together.....it's all gone. Ellie was Bate's one true happiness, and he'll never get to share those happy moments again. And Bate became severely depressed from it for a time. The first few days were extremely hard for him, and Gordon made sure to be there for his friend, and at the same time comfort and support Alba as well. 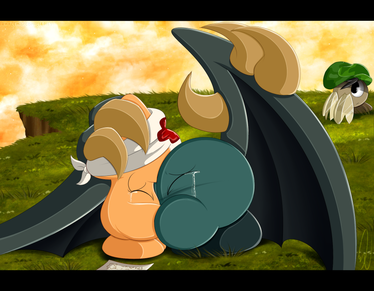