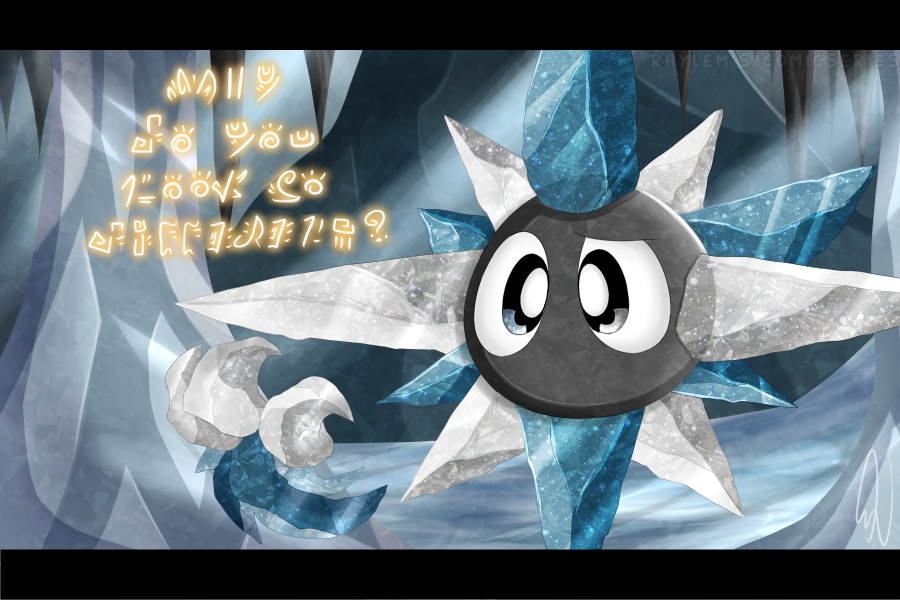 Yeah, I don’t know why I’m drawing something from a huge timeskip atm. I guess I just feel like it. >3<;;

Unless you read the GW family tree, I don’t think anyone would know who this specific character is. It’s not a next gen character, but a next NEXT gen bab. I have quite a few illustrations about him, so I won't talk about him much here. Just some small stuff like how he was found. More will be posted about him when I finish the illustrations.

This is Rocco. (Pronounced Ro-Ko)

This little Gordo here is a living fossil, not to be confused with Bate. =,D I mentioned in a previous illustration that Crystal Gordos have been long extinct for centuries, only appearing in the era of The Legendary Three, and then wiped out and mined for their crystals. Rocco was frozen and went into a type of suspended animation. Centuries later, he was found by a group of Ice Leos deep within a cavern. After discussing what they should do with him, Wulfric, once being informed by Kes, instructed to take him to Kalmari Town since several Gordos reside there. (Cellic and Felice.) Rocco is still frozen, so they had to lug a giant piece of Ice all the way to Kalmari.

Because he lived in a completely different era, Rocco does not understand English and speaks a dead language spoken several thousand years ago. Only a veeeeery few know the language as of today, and unfortunately when Rocco was brought to Cellic, he had no idea what he was saying. Cellic, however, knew his dad spoke the language so he asked him to help translate. Since Nonsurat is the only one able to communicate to Rocco, the little Gordo prefers to stay with him since it reminds him of his old home. He will eventually lower his guard around Cellic and Felice later on, but for now he stays with Non.

Rocco learns from Nonsurat and several Guardians the fate of their kind. Being, what they assume, is the last of the crystal Gordos, Rocco decides to stay in Kalmari with the people who offered him a home. Cellic and Felice are hard at work learning to speak the language to make Rocco feel more at home, while Nonsurat is helping Rocco learn the basics of English.

Rocco does not call Nonsurat his Grandfather, but 'Great Elder' instead. Bossa says it suits him.

Crystal Gordos are powerful- known to have created the vast caverns and mountains of South Nova, and although Rocco is still a baby, he is shown to have immense power. Being able to form crystal caves like the illustration above. He is able to form hands, and somewhat unbreakable weapons with his ability. He is not to be messed or challenged with, or you will be met with quite a terrible fate.

Okay, I'll stop here. I still have so much to talk about, especially TS Nonsurat. >v< I hope you enjoyed reading this little snippet about Rocco!

Need help translating what he's saying?
(Or for the lazy: Why do you look so different?)

**I posted this piece of text below on another illustration, but I'll relay it here since it talks about the origin of Gordos, and other important information.

Origin of the Gordos
​First off, we’ll discus the origin of the type of Gordos you know today. Gordon’s design is what we tend to see these days; a simple iron ball with Spikes. Nothing more, nothing less. These common Gordos are created in an uncharted location in Central Crux. As stated many times in the past, these Gordos are used as projectiles in the war as they are perfect for causing mass damage. Not to mention, it’s easy to make Gordos as all one needs to do is collect the shattered remains, smelt them, and then start the process all over again.

There is a name for this type of Gordo. When a Gordo is created, they are what we call a “Synthetic Gordo.” Gordon, and Gordon Jr. are synthetic Gordo. Cellic is a different story, so keep reading to learn more.  Gordon, Jr., and all the other Gordos in Centeral are originally based off of the Legendary, Diamond Gordo named King. King is a very unusual Gordo. Unlike Gordon, King was made of crystals and diamonds. Crystal Gordos are actually said to be the original Gordo. Though that was many eons ago, and it is believed that Crystal Gordos are long extinct. 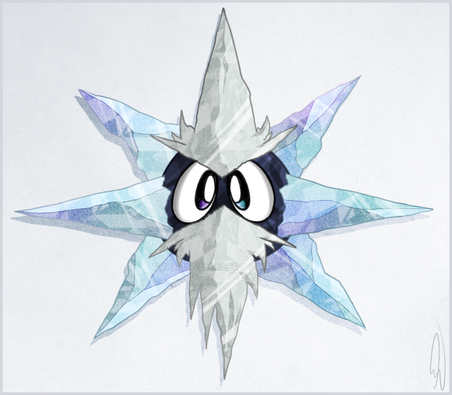 ​Anyways, we call them "Natural Gordos.” Because they were not made in a lab, or by people. Cellic is a type of Natural Gordo. He’s half synthetic, half natural. As in, he was made in a lab, but he was stuck in a certain environment for a long period of time that altered his form. (The coral like spikes he now has.) FYI, Cellic was stuck at the bottom of a lake for 5 years. He adapted and changed as a result. While he is not a pure ‘Natural Gordo’ he still as traits and features as one.

Natural and Synthetic are similar, but do share many differences:

A Natural Gordo is not created by anyone, while a Synthetic is made by another.

A Natural Gordo has an environmental like feature, while Synthetic do not.

Another important thing is that Natural Gordos bleed if injured. If a spike is cracked, they will bleed unlike a synthetic. (It's not actual blood, but more of a type of fluid.)

Natural Gordos also need to eat. Gordon and Jr do not need food to survive. A Natural Gordo does. Though they don’t need to feed often. Depending on their nature, one may need to feast once every several months.

A Natural Gordo can get sick if they’re put in an unsafe environment. EX: A snow based Gordo will fall ill in hotter territory.