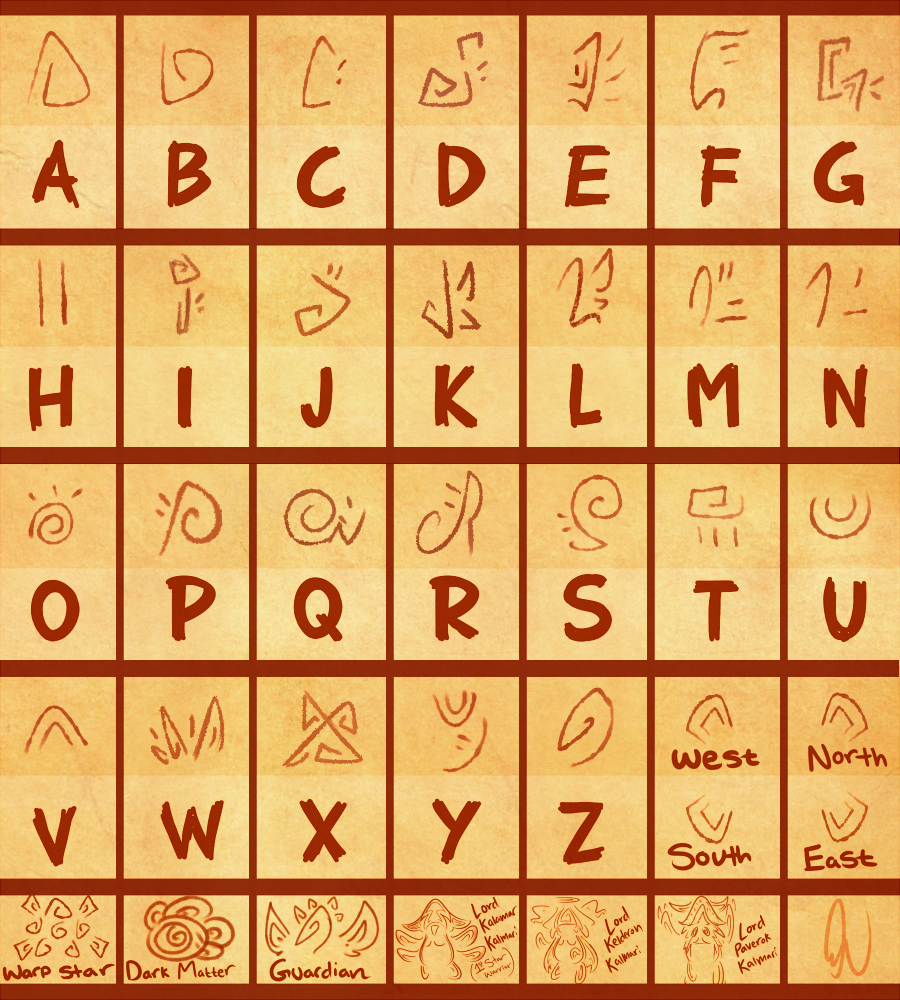 I made this awhile back while I was working on the History of the First Star Warrior Arc. I have not used it at the moment, but hopefully I will in the future. x) It was quite fun to make!

While this particular language has long been extinct, there are still a few who are able to understand it. Atka is one of them. She is not only able to read it, but speak it as well. Bate is also one of the few who can read the language. He's unable to speak nor understand it like his Guardian, however. He knows a few, simple, words but he is not fluent in speaking it. Atka tries to encourage him to speak it when they visit one another.  Atka also tries to teach the other Guardians how to read since she does not want the language of their ancestors to fade away. Among the group of Guardians, Alto is the only one who can read it with ease. The others struggle and usually ask for him for help when Atka's not around.
Species © Nintendo/ HAL Laboratory
Interpreted characters created from said species © Rhylem