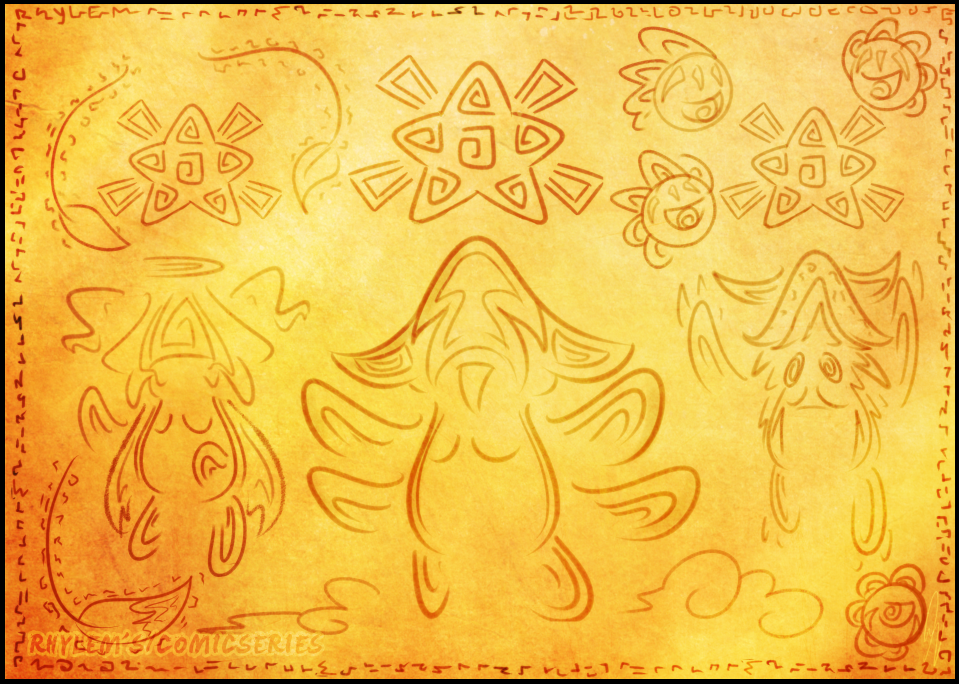 The first Star Warrior. Legend says he shaped and created the
first Warp Star to honor his deceased friend who sacrificed
herself to protect him during a time of war.

The son of Kalamar whose views have been corrupted by an evil entity
called Dark Matter. In his younger days, he was known for creating
8 legendary weapons- One whose currently in
the hands of Nonsurat. (Duet)

The son of Kalamar and twin brother of Paverok. Deeply interested in the
creation of their kind, he wishes to study and unlock everything there
is to know about Star Warriors, Warp Stars and Guardians.
Soft spoken, but extremely powerful.

I only mentioned Kalamar briefly in, like, 2 deviations, but in my series he’s known as the First Star Warrior. (As well as the founder of Kalmari Town!)

Anyways, Paverok’s going to be brought up soon and I felt like I needed some context so people won't get confused. A good portion of my drawings with them, however, will be in the same glyph style. (I really prefer it since they’re considered legends and I see the style as such) I have so much written about them, so maybe I’ll get their story posted one day. ;u; I really love the story I gave Kalamar and his special friend.<333
Species © Nintendo/ HAL Laboratory
Interpreted characters created from said species © Rhylem
Story © Rhylem