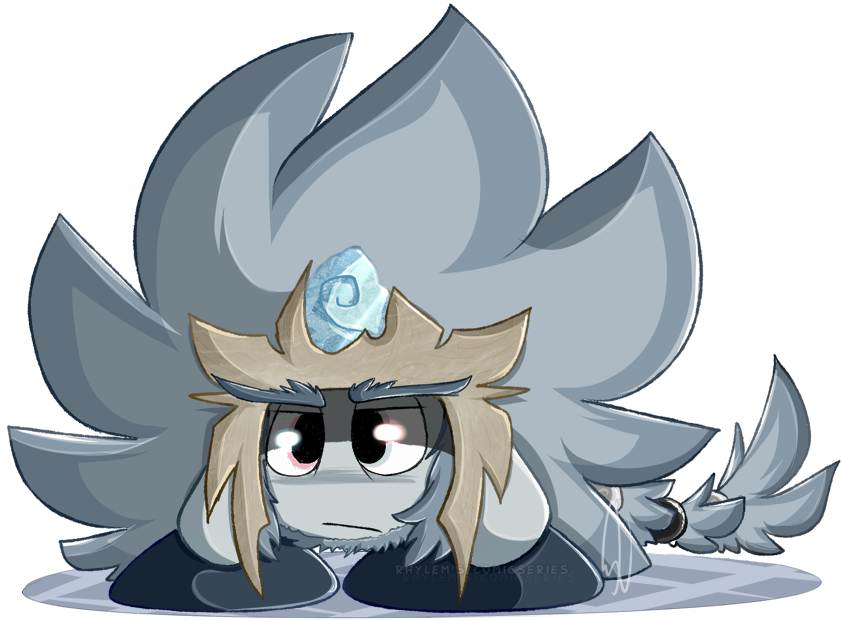 ​​Tundra is an unforgiving mistress.

She gives, and she takes.

She can create, and she can easily destroy.

To live besides her, we must show respect.

To show respect, we must know our place.

It is only then our village can live as one with Tundra.

These are the words my father, and his mother before him pass down to the next generation of Leo.
And you, my daughter, will learn to live by their words as well.

I’ve been really wanting to make a design for this character after mentioning him in this illustration here: ​ 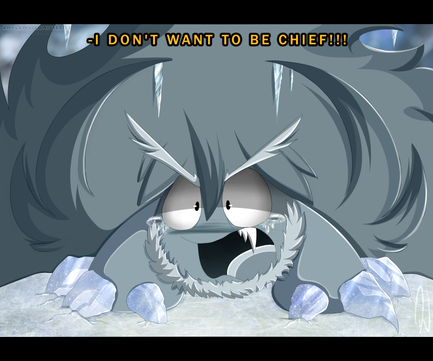 This is Frost!!! 8D He is the Grandfather of Kesuk. (Father of Glaciene, father in-law of Wulfric, and Great Grandfather of Tulok, ) Yeah, the Ice Leo family tree is LARGE. XDDD I still have to mention the leaders BEFORE Frost- which is Blizzard (Frost's father) , and Grand Tundra. (Frost's Grandmother) Grand Tundra is actually the founder of the Ice Leo village. She is a VERY powerful, but elegant and respected leader.  She is named after the land they live on (Tundra)

Frost was once the Chief of the hidden Ice Leo village before he passed on his duties to his daughter, Glaciene. But since she had a very untimely death, Frost gave her duties to her husband, Wulfric. I mentioned before how Wulfric hates Frost due to him not caring over the passing of Glaciene. But it is revealed much muuuuch later (Basically when Tulok is a young adult) that Frost harbors a LOT of hatred towards outsiders for killing his daughter. His hatred is so great, he was even willing to kill Tulok (His grandson) for being a hybrid.

Frost is still alive, exiled from the village by Wulfric. He does have the opportunity to move back to the village IF he accepts Meta, Tulok and their circle of outsiders into his life. As of now, Frost has not accepted the offer and still lives in isolation.
Species © Nintendo/ HAL Laboratory
Interpreted characters created from said species © Rhylem