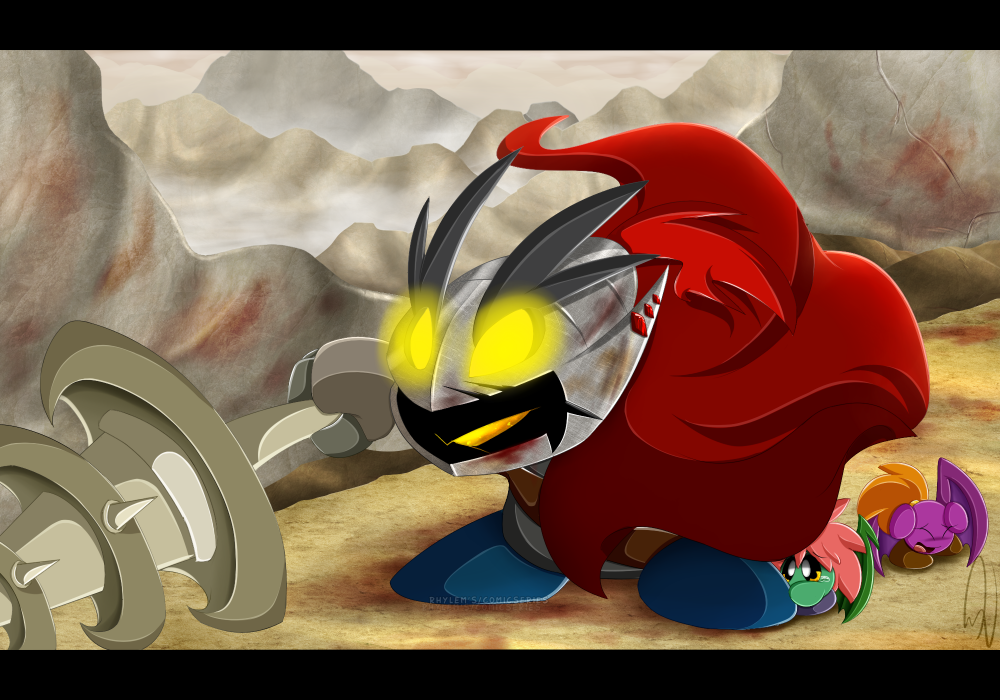 Falspar’s voice echoed loudly throughout the large cavern as he stood on the ledge of a small cliff. The deep blue underground lake below him shimmered to a pale orange from several rays of light shining through the open crevasses of the cavern. The day was finally coming to an end, and Falspar knew this was probably going to be his last cannonball for today.

During their summer break, Ramset allows the pair to visit Gravel so they can swim and play in his underground lake. While the lake in Kalmari Forest is nice, this one is much more refreshing, plus there’s LOTS of cliffs to dive off of! They’ve been visiting Gravel every weekend to play, and although Gravel showed distaste at first from their boisterous behavior, he’s been slowly coming around.

His mentor, who was sitting close to the lake, looked his way to acknowledge him. Falspar gave a cheeky grin and took several steps back before dashing straight forward to the end of the cliff. He stretched his wings when he couldn’t feel his feet on the ground anymore, and began curling himself into a ball before landing into the water. The Puff resurfaced moments later and swam to shore where Gravel and Dragato were at.

“Did you see how big that splash was?” Falspar spoke as he began drying off his hair once Gravel handed him a towel.

“I’d say you’d give Ramset a run for his money.” Gravel spoke before standing up to motion the pair back to their belongings. “I’m sure he’ll like to hear all about it when you see him tonight. Now hurry up and pack your things so we can head out”

It takes around an hour and a half by foot to reach the heart of Kalmari Forest, so Gravel makes sure to always leave a bit early so there’s enough sunlight for them to navigate the rocky terrain. The night is always a dangerous time for certain Demon Beasts to come out, and the last thing Gravel needed was to deal with a confrontation AND keeping Ramset’s pride and joy safe.

“Teacher Gravel, how come we can’t sleep over. I’m sure Teacher Ramset wouldn’t mind!” Falspar’s voice piped up as he stuffed several of his plushies into his backpack.

“And then we can go swimming again once we wake up!!” Dragato added as he gently placed all the drawing he made into his bag. “Pleaaaase?”

“Absolutely not.” The elder spoke, “I can only deal with you parasites for so long, it’s a mystery how Ramset’s able to deal with you every day.”

“But you love having us around!!!” Falspar beamed, putting on his backpack and began toddling next to him. Dragato nodded in agreement and joined the pair soon after.

“Hardly.” He huffed, but the pair obviously didn’t buy it. They only laughed in response and followed the Bukiset out of the cavern. Since they've visited Gravel many times before, they knew the path quite well. It’s still dangerous since there are many Demon Beasts and rockslides around these parts, so Ramset and Gravel always escort them. Today was just like any other. They would follow quietly; sometimes Falspar would climb a small boulder for fun and try to jump on Gravels back much to his annoyance. Gravel didn’t bother scolding him, his bubbly behavior always reminded him of Ramset, and Nova forbid he dares punishes him for having fun. He just corrals him along so he can get them home without Ramset worrying.

“Oh, wow!!” Falspar’s voice spoke up when he noticed several shiny rocks scattered around the ground not too far from them. He ran past Gravel and picked one up and held it high so they could sparkle even brighter. “Teacher Gravel, can I keep them? I wanna give some to my friends!”

“Hey!! I wanna see too!!!” Dragato quickly dashed ahead to pick up a few for Cite and Nonsurat.

“H-hey!! I told you never to leave my side and run off like that!” Gravel barked, running to the pair to scoop them up. They dropped the stones once Gravel picked them up, and the elder quickly realized they belong a Candlemander. They were probably around the size of one of his claws at best, and most of them are pretty harmless since they quickly scatter when faced with danger. They often shed the stones that grow on their body, but since they’re so small, it’s basically tiny flecks of stone.

The stones Falspar and Dragato found, however, where pretty big- some even as tall as him. Over a decade living here, it was something Gravel hasn’t seen before. He walked over and grabbed a smaller one to get a better look at it. They were a sparkling orange mixed with a swirl of yellow and red, and the Bukiset couldn’t help but clutch the two puffballs close to his chest. This was not only a fully grown adult Candlemander, but based on the size of their discarded crystals, this one was massive.

“C’mon, let’s get out of here quickly.” He continued to hold them close as he picked up the pace to leave the area. “There’s something dangerous in these caverns, and we need to-“

The sudden quake of the floor quickly cut him off, and Gravel fell back and hit one of the surrounding stone walls. The two warriors slipped out of his grip, and they tumbled to the floor as bits of rocks and stone rained from the sky. Gravel quickly recovered, and dashed to the pair to scoop them back up. He was so focused protecting his students, he failed to notice the monster responsible for said quake was right behind him. The creature let out a reptilian like shriek, and quickly whipped his tail. It stuck Gravel on the side of his chest, and he was flung back against another wall; a loud crack could be heard soon after. Dragato and Falspar fell out of his arms one more, so once they recovered, they raced to their teacher who was now struggling to get up.

Dazed, Gravel stumbled up and used his lance for support. He took a few jagged breaths as blood started to drip from his mask. He took a step forward, but quickly clutched his side in pain. He had a feeing that creature cracked several of his ribs, so he did his best to stabilize his movements.

“Dragato, Falspar, stay behind me!” He ordered, and started to prepare himself for the next attack.

The Candlemander didn’t give Gravel that chance, and swiftly attacked again. This time several large stones engulfed in flames came shooting at them. Dragato and Falspar screamed in fear, bracing for the attack. Gravel fought through the pain and kicked himself off of the stone wall to gain height as he swung his lance in front of the attack to negate them. He was able to destroy 3 of them ,but the fourth slammed against his helmet and the Bukiset hit the ground hard.

“Teacher Gravel!!!” The pair shouted, running to their injured mentor. Before they had the chance to even reach him, the creature lunged forward and chomped down on Gravel. Gravel didn’t respond while he was trapped in the monster’s jaws, and the two warriors watched in horror when the Candlemander started shaking him back and fourth violently before tossing him aside to focus on the two Puffs in front of him.

The pair took several steps back until they were pinned against the wall. Tears forming in their eyes, none could speak a word as the monster opened its mouth to devour his next meal.

“G-Get away from them!!!” Gravel weakly shouted, throwing several stones right in his face to get its attention. The creature shook his head from the sudden attack, and focused on Gravel once again. Glaring at the Bukiset, it charged at full speed once more. Once it got close enough, Gravel wiped the blood from his mask and struck the ground with his claws with his last bit of strength. The ground below started to rumble, and several ruby pillars shot up from the ground to halt its moments. The creature cried out in anger and began struggling to break free.

Gravel used this time to limp to the pair and scoop them back up. Bleeding, hurt and in unbearable pain, the Bukiset ran as fast as he could out of the rocky terrain, and into town.

“T-teacher Gravel, you’re bleeding.” Dragato spoke with fear laced in his voice when he noticed the blood dripping from his mask.

“I….I’m f-fine.” He managed to speak in a low voice and continued to run to get the pair to safety. After 20 agonizing minutes, the trio finally made it out of the canyons. The feeling of grass on his feet caused Gravel to relax, and he set the pair down before kneeling over to clutch his side; his hand was now soaked in blood when he tried to stop the bleeding. He closed his eye in pain and called out to the two.

The pair didn’t have time to reply back, and quickly dart off into the direction of the elder’s home. With the sun already down, they were able to clearly see the lights of his house illuminated, and the two rapidly knocked on the front door until it opened.

Gordon was surprised to see Ramset’s students out here late in the evening, but once he saw blood all over them, and their pleas for Bate, he knew something terrible happened. He called out to the elder, and Bate rushed out not a moment later. Once hearing what happened, Bate ordered Dragato and Falspar to stay behind while he flew to the entrance of the canyon to find Gravel. It didn’t take long, but with how much blood he was losing, Bate knew he needed to get him to the hospital as quickly as possible.

Gravel doesn’t like to ask for help, especially from Bate and Gordon. For Gravel to ask Dragato and Falspar to get him first instead of Ramset, he knew time was something he didn’t have.
​-The End-
Chapter 2 >>
​Artist Comment:

Though it looks like Gravel took quite a beating during this chapter. Will Bate be able to make it to the hospital in time? >x<;;;
​For those who may have missed it, the Candlemander ref sheet is right here~!