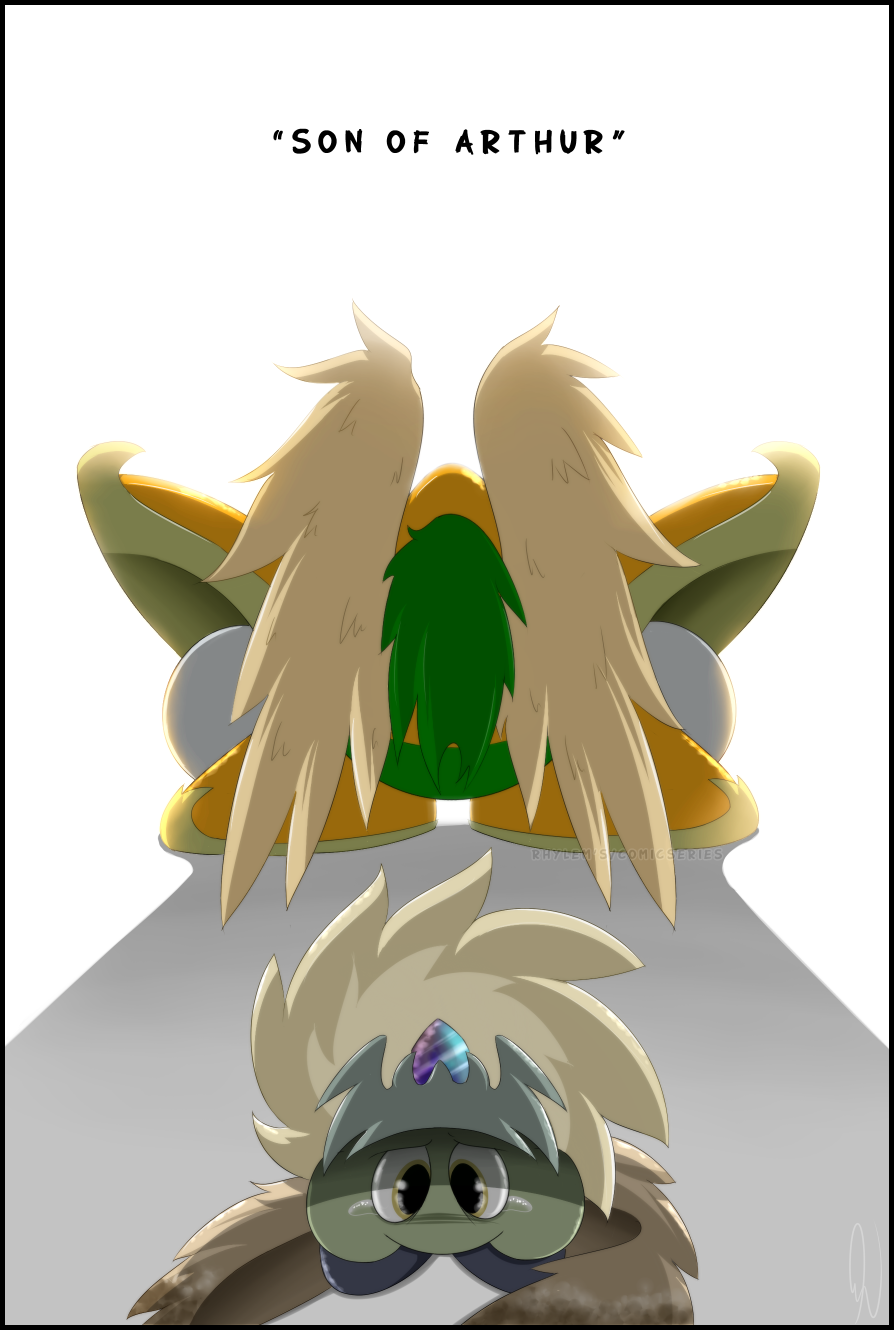 Arthur, being the Leader of the GSA and courageous fighter during the war, is extremely well known across the galaxy. When news got out that the Warrior had a son, many of them refer to his offspring as “Son of Arthur.”

Atticus doesn’t like when others call him that. It actually makes him really anxious since many expect him to walk in the footsteps of his father of being a fighter and taking on the role of leader one day. Atticus is nothing like his father, much to everyone's surprise. He’s a gentle soul who does not prefer fighting, but rather someone who wants to walk in the footsteps of his mother. He’s actually a HUGE momma’s boy, and is very sensitive when others make fun of him for liking flowers v. fighting.

Arthur is…a bit disappointed that he won’t be able to train his son like how Bate has done to him many years ago, but ends up accepting and supporting Atticus in what ever he chooses to be. Though Petta had to really knock A LOT of sense into his stubborn husband at first since he was showing favoritism towards Kirby while briefly training him.


There are days where Atticus does feel saddened because he knows how much Arthur, and many of those who saw his dad as a leader, wanted him to be the next successor. He can be a bit disconnected from his dad at times, and Arthur truly blames himself since he brought training up many times before to took Atticus' feelings into consideration.


Unfortunately due to his fathers past and how many portray Atticus, the Leo has little to no friends. He mostly spends time with Bate, his mother and his flowers. The younger crowd sees him as a pansy for not being like his dad; calling him out when he’s around and taunting him to fight. This ultimately caused Atticus to shelter himself from anyone around his age group. The older generation, while not as outspoken, also causes Atticus to be weary around them as well as they call him an odd name he’s not familiar with “A Hybrid”. (But that’s a different illustration for another day)

Many also find him quite strange since he talks to his plants....though if asked, Atticus will reply;

“My plants don’t hurt me. They don’t care if I’m not like my dad, o-or that I’m different from everyone else. They have never laughed, or hurt me, or called me names. They aren’t like everyone…they don’t judge me."

Atticus isn’t as torn up from not having friends to hang around with. He is happy with his plants and having the comfort of his Grandfather when his parents aren’t around. Petta, however, is troubled by his lack of social skills and tries to encourage him to leave the house more. Even though she knows how many treat their son, Petta hopes one day that someone will look past everything and sees 'The son of Arthur' as just....Atticus.
Species © Nintendo/ HAL Laboratory
Interpreted characters created from said species © Rhylem