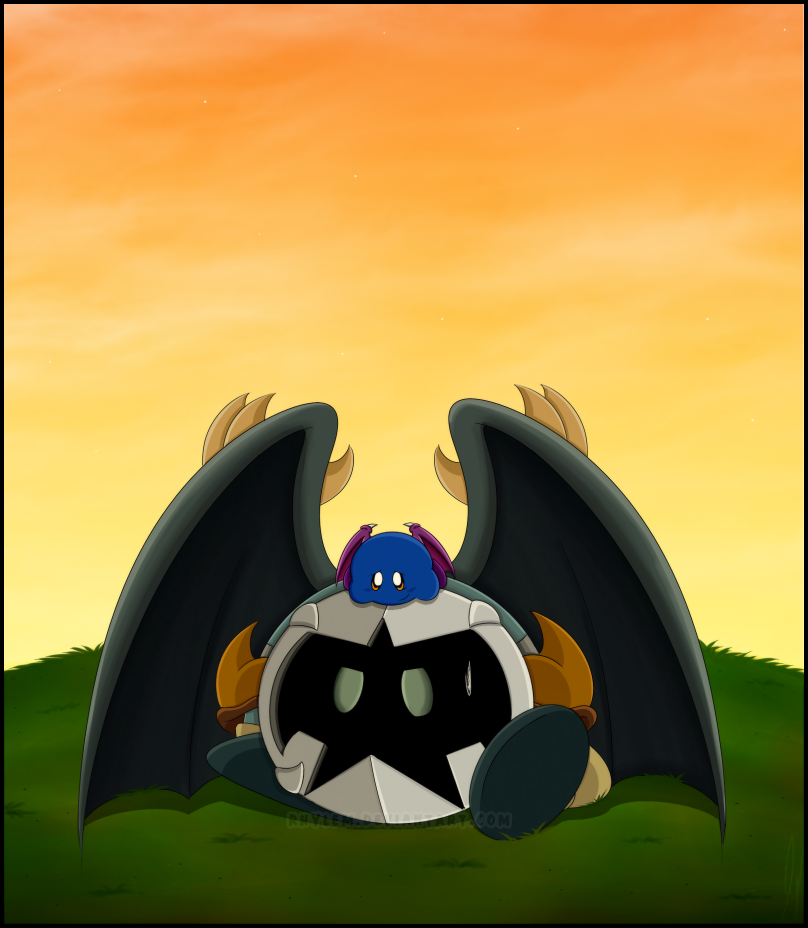 It's been several hours since the incident in Bate's class. Gordon and Arthur told the young Puffball that he'd be fine after resting for awhile, but Meta wasn't convinced until he saw him with his own eyes.

--
​
"Are you sure you're okay?" The unsureness in Meta's voice still lingered after the fact, however.

"This is the fourth time you asked that in the past hour." The elder glanced at his student perched on his head. "I said I'll be fine."

"You want to be sure." Bate finished the sentence for him.. "I know, I know."

He knew Meta worried about him, but he didn't think he'd become so clingy. Surly someone who knows the concept of becoming a Star Warrior wouldn't dwell on petty little incidents like the one earlier that day.  He's more sensitive than the others, and can't control his emotions without crying a majority of the time. He wondered if something were to happen to him, would his student be able to handle it?
﻿﻿Artist Comment:﻿﻿