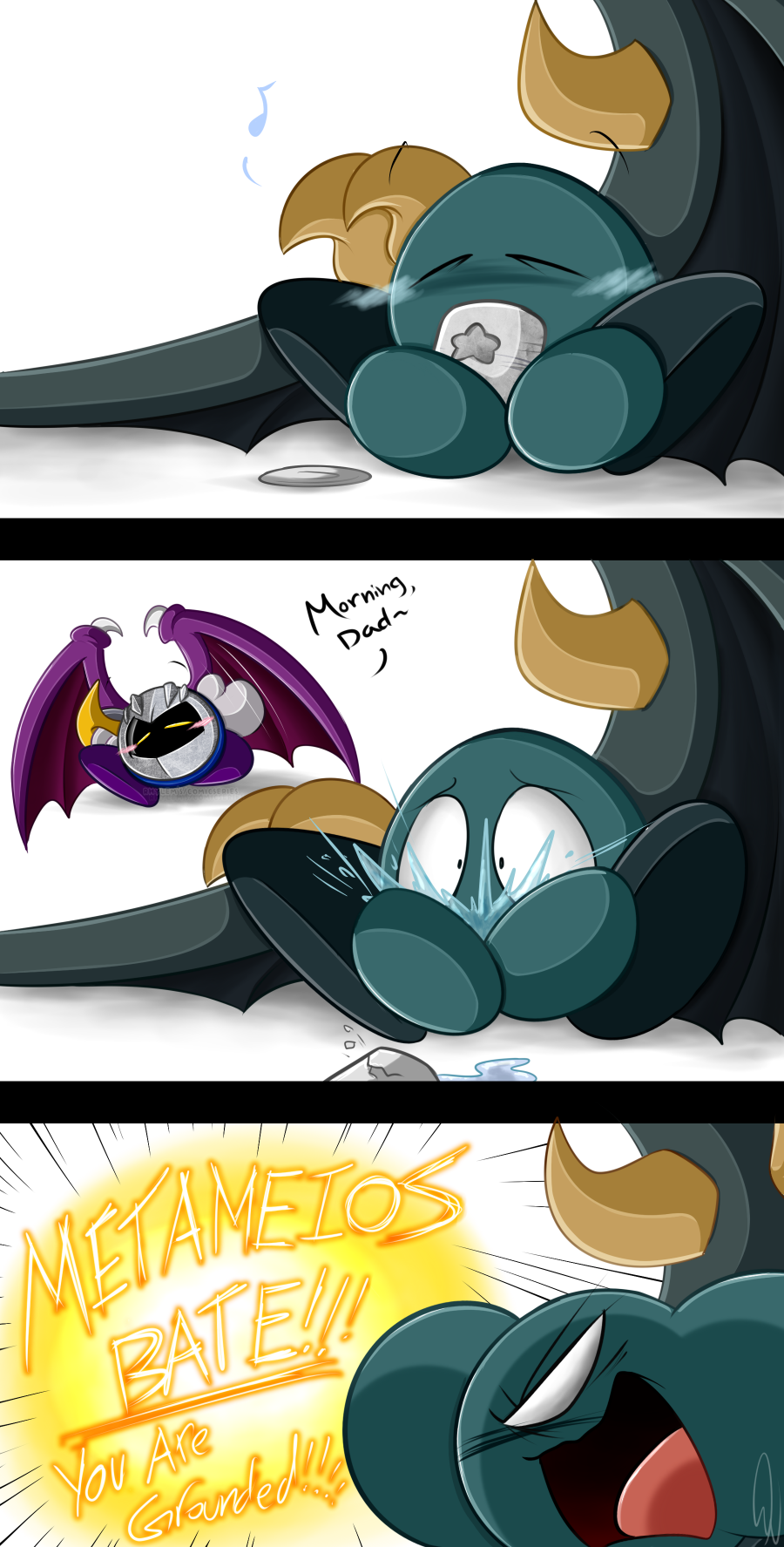 Oh, Arthur, I wouldn't go inside if I were you. Teacher's choking on his tea.

Continuation of this illustration here. SINCE Bate is the father of Meta and Arthur.....Meta thought it would be fun to exploit calling him dad. XDD He knows his mentor tends to get flustered being called that since he's used to being called "Teacher" all the time. Poor Bate ended up breaking his new teacup he got from Gordon. Meta, you better buy him a new one. oAo
Species © Nintendo/ HAL Laboratory
Interpreted characters created from said species © Rhylem