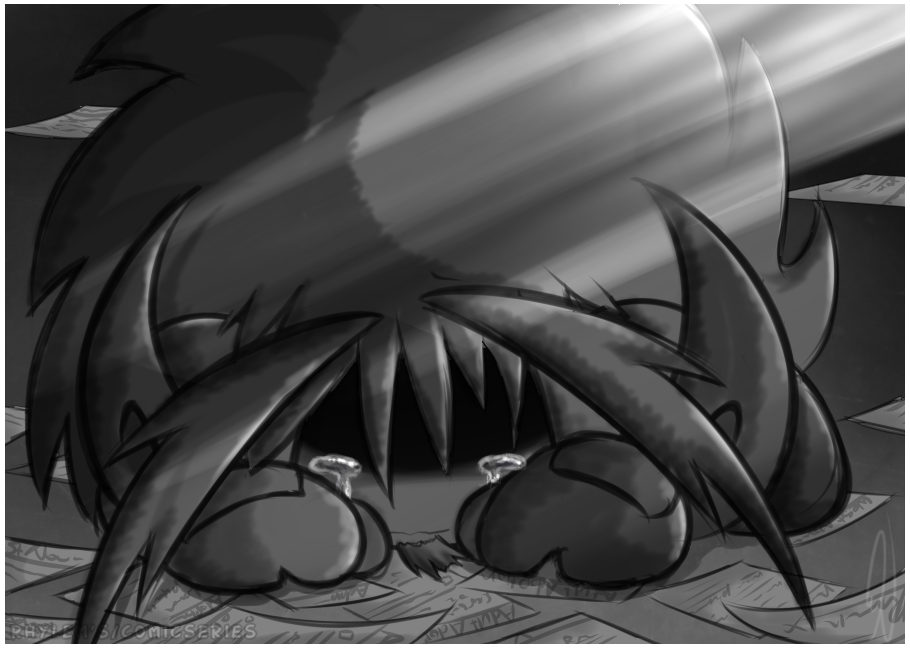 
​
​"I certainly say, Lord Pyrell, it seems like you have all your paperwork in order. Have the two of you been looking to adopt for quite some time?"

"It's been on our minds for a while. I...just think it's the right time to do so. We've...been dealing with many losses, and a think adopting and starting a family would be a great way to move forward in our life."

"I see." She gave him a warm smile, "You seem to fit exactly what we caretakers are looking for. Now...."

She reached for the neatly stack of papers Pyrell was handing to her, and started to look through it. It didn't take long for her look back up at the Leo, and point at a specific part of the document.

“Hm?” Pyrell leaned forward and saw that she was pointing at the name of his significant other. He gave a nod to confirm that it was correct.

"Yes, Sir Falspar is my husband. Is....there a problem?" He said when he noticed her mood was slightly different from before. She seemed almost disgusted by the fact he said yes.
​
"Hmm," She gave a small hum and handed him back the stack of papers without a word. She got up from her chair and opened the door for the Leo.

"We're terribly sorry, but our facility...." She paused to try to find the right words for it, "Would prefer if the child is placed in a traditional male and female household."

"W-what?" His voice slightly raised in disbelief as he quickly got up from his chair. They were being rejected for....

"Falspar and I can be just as suitable as any other parents." He said, trying his very best to keep his temper in check from her atrocious statement.

"I understand you may think that-"

"Think? I know!" He barked backed, “You can't assume we're not capable until you've seen it! We can provide everything this child needs!  A loving home, food, attention, toys, a family, everything!!!! The child doesn’t need a mother when they have us looking out for them!"

"These are the rule we abide by, Lord Pyrell." She said, not moved from his words as she refused to budge from her decision. When Pyrell realized this, he collected all of his papers, shoved them in his bag and made his way out of the room. Although he was absolutely furious at the outcome, he couldn’t bring himself to start an altercation with her. His high hopes and spirits were shattered to the point where he couldn’t even cough up a few embers. It was the first time, in a long, long time where he felt completely helpless.

“…...Thank you for your time." He quietly whispered as he walked passed her. A small sigh escaped her mouth and she called out to the Leo.

"If...I knew from the beginning, I would never have led you on. I... really am sorry.

Pyrell stopped for a moment, but continued to head out without saying a word. If she truly were, she'd look past what she had clearly assumed.
-End-

​
“Tradition becomes our security, and when the mind is secure it is in decay.”

Some insight on this illustration where Pyrell told Falspar how difficult it was for him to find a place to adopt. Many towns are still conservative in West Nova and rejected Pyrell's papers once they saw who his SO was. The old warrior nearly broke when he was rejected so many times.
Species © Nintendo/ HAL Laboratory
Interpreted characters created from said species © Rhylem