A Guardian is born with the ability to negate the negative effects of Dark Matter and Demon Beasts, but this Dark Matter alone is enough to rattle and petrify each one. Margalo and the others are still babies. They're still training and learning, so they know they won't stand a chance against it in battle. It seems like they sense something unspeakably evil about it....but I wonder what?

If you don't know who the Legendary Three are, they are considered the original (and Strongest) Star Warriors. The Grear Kalamar Kalmari being the first Star Warrior, and his two sons- Kelderon and Paverok Kalmari. 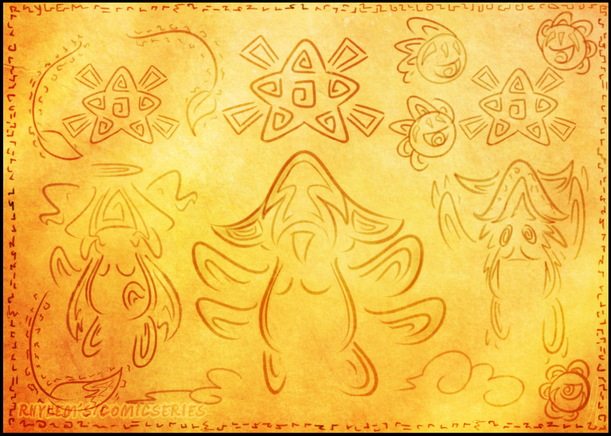