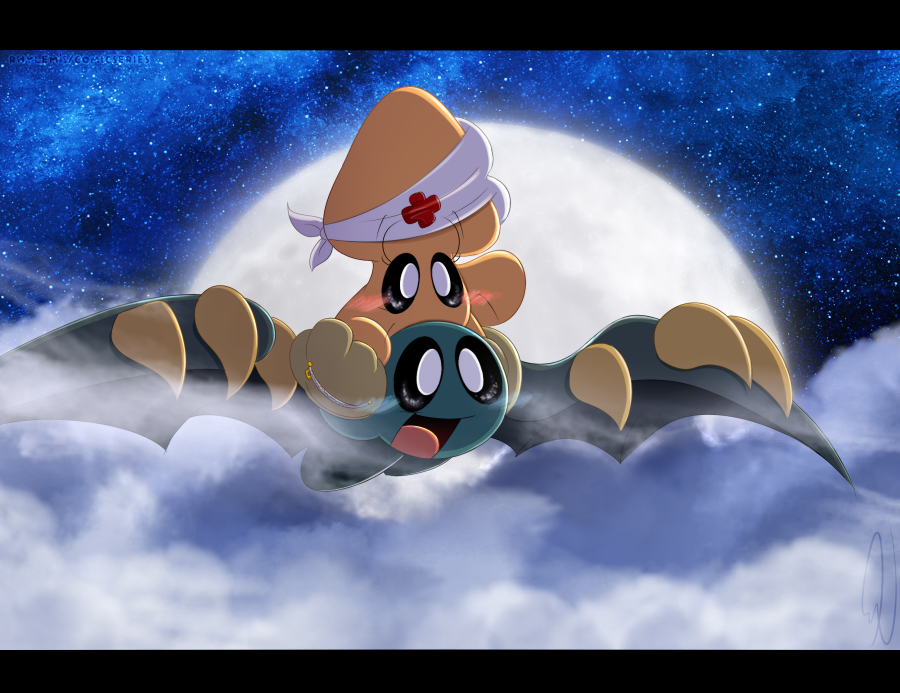 ​
Our views and beliefs were that of our parents. We saw no faults in our actions, so we never questioned it.

When he arrived, Ellie stepped away from what she was taught, and accepted him into her life.

Many of us couldn't see what she saw. We were blinded by decades of hate.

She stepped away from our world, and caught a glimpse of his.

We remained the same, while she grew and flourished.

While we stood earthbound, she flew to the skies above.

While we saw darkness, she saw the stars.
​​​​​​Artist Comment:

The relationship Bate and Ellie share is very unique in Kalmari Town since many of the Squids will not accept anyone outside of their kind. They are known to discriminate against any outsider, and some are even known to threaten them until they leave. Ellie was raised by very conserved parents, but didn't share their views. (Alba is also another Squid who was open to outsiders) When Bate came along, the small town was shook when they found out he was going to start living there.

The beginning was not very good for Bate. He was constantly harassed and discriminated against. Because he did not look like them, many believed he had no place in the Town of Kalmari. Ellie fought for Bate's right to be a resident, and refused to let anyone stand in her way. She, like Bate, was treated differently as well, (not as bad as Bate). Alba, who was very outspoken once she learned how terrible they've been treated, would interfere and snap back at anyone who dared spout racial slurs towards them. (And, of course, Gordon.)

It would take much time, but the town slowly started to change their views once they got to know Bate. He's become the friends of many, and lots of Squids enjoy talking to him. The same applies to Gordon as well. They're now accepted into the town that once despised them, all thanks to two Squids who followed a different path. >v<

My Illustration was inspired by this lovely piece of fanart I received!
​