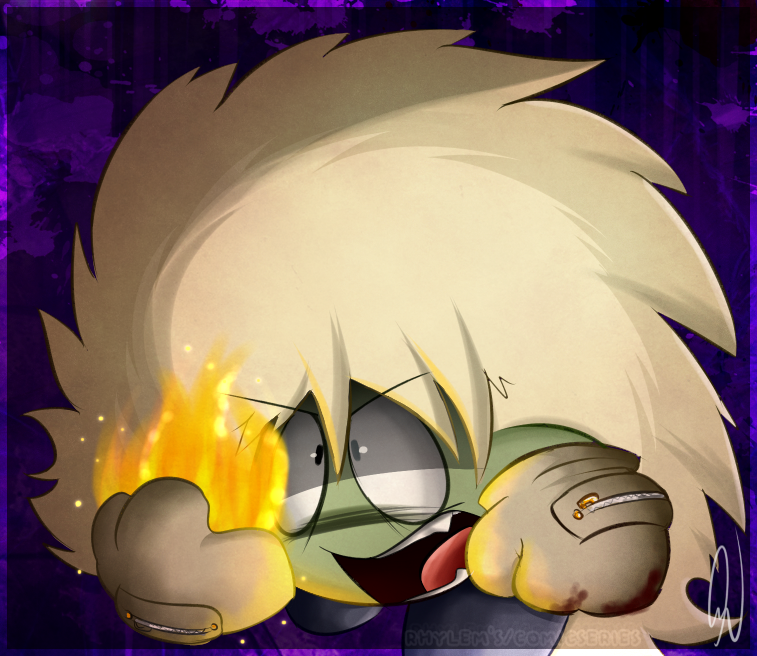 ​“Even the happiest, and brightest of flowers can still wilt.”

I stated in this illustration that Atticus took the loss of Bate extremely hard.


The Leo has made many poor choices during the mourning over his grandfather. During the course of several months, Atticus adopted a VERY short temper. Anyone who angers him in the slightest will instantly be threatened by his fire. He’s been in several fights in the past, which caused Arthur to be quite weary since he’s never seen his son fight with so much hatred and bitterness before.


During these months, Atticus prefers to be by himself. He’s leaves the house without a word, and wanders Kalmari without a care. Petta greatly worries since her son comes home very late, or not at all depending if he passed out somewhere in the forest. Unfortunately, many of Attiucs’ plants and treasured flowers have died due to his neglect. Petta has done her best to care for a few, but since Atticus has many garden beds scattered throughout the area, tending to all of them while helping her son proved to be next to impossible.


Because how negative the loss has been for Atticus, he stopped wearing the headpiece Bate made for him. Petta and Arthur become concerned since it’s one of the few ways they can monitor his temperature. That being said, Atticus has neglected his health where he stopped taking his medicine, and uses his fire carelessly. This lands him in the hospital many times due to his reckless behavior. Several of his organs have become damaged at one point, and Atticus ends up recovering for an extensive amount of time. (This is where Arthur ends up stepping in to patch their relationship since Atticus was stuck in bed.)


This takes place before he got his scars, so yes- Atticus does end up getting better. His temper dies down, and he stopped using his fire for fighting. He’s also back to raising his plants and flowers since he knew Bate would be greatly disappointed in him if he quit after all his hard work, and dedication. And although he missed Bate dearly, the support of both parents has helped him move on.