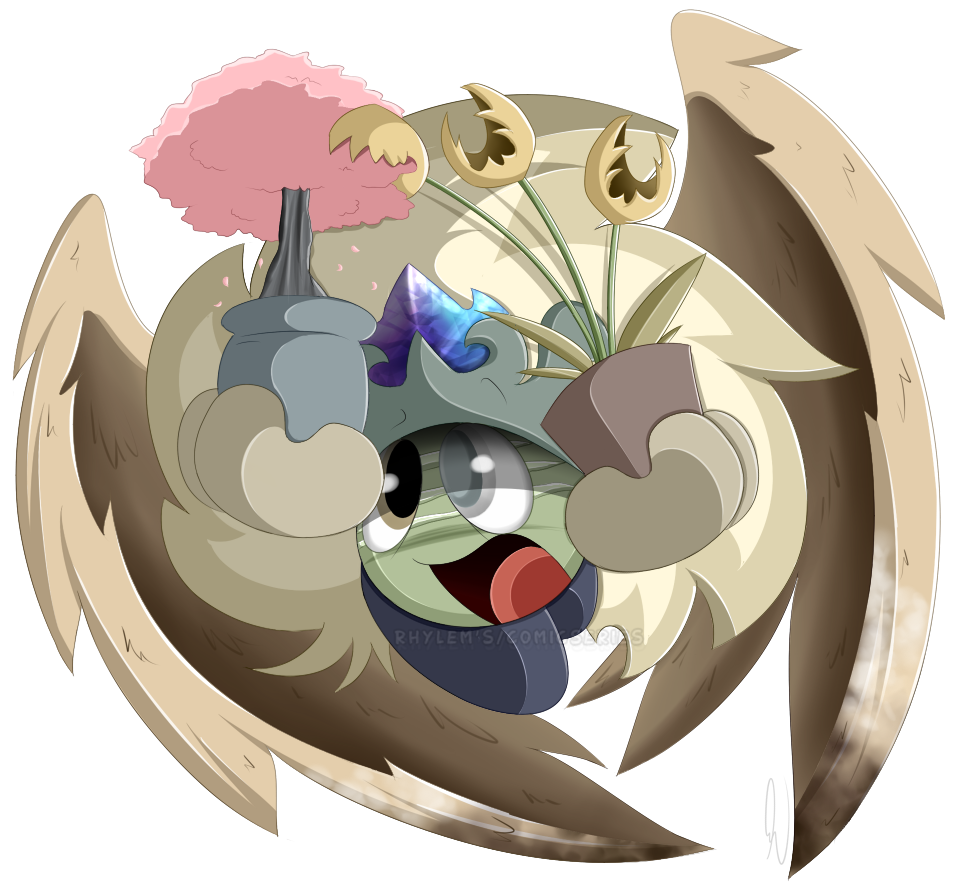 Even though Atticus is the son of the former leader of the GSA, his passion for all thing plants, flowers and herbs never faded as a child. He spent most of his adolescence following in his mother’s footsteps, and set aside what his father wanted. Because of it, Petta proudly passed down her duties as the owner of her shop to him so he’ll be able to continue what he does, and loves best. That being said, after many years of dedication, experimenting and hard work, Atticus is seen as one of the finest florist and botanist in all the 4 Novas.

Atticus continues his mothers work of helping preserve and repopulate endangered, and rare plants. He’s extremely dedicated, and will spend most of his time at the shop or in his private garden. Although he’s slowly learned to come out of his shell, Atticus can still be timid and socially awkward at times. Usually the only thing that can get him talking is when it’s revolved around plants. He actually has a small, fun little hobby of comparing his customers or family members to flowers for fun. His comparison has surprisingly won the hearts of many in town since they think he’s flirting with them, but Atticus is extremely oblivious and doesn’t tend to notice since he does it to everyone who enters his shop.

Because of his passion for flowers, Atticus has a stronger bond with his mother, and not so much with his father. While not a toxic relationship, Atticus sees it as slightly strained. He knew how much Arthur wanted the two of them to bond over something like training or fighting like he and Bate once did, but fighting just isn’t something Atticus is fond of. Arthur, who doesn’t take his son’s feelings into consideration at times, can cause the Leo to get agitated, and even snap at him for being so inconsiderate. Because of several incidents in the past, Atticus ended up telling his dad that he was never truly supportive of what he does, and even went as far as saying Bate was more of a father than he ever was. This crushed Arthur, and caused him to revaluate how he treats his son. He finally decided to give him his space since he ultimately admits he could’ve been a more supportive, and better father.

As stated above, Attics and his grandfather are extremely close. Atticus greatly looks up to the elder because unlike Arthur, he does support his passion for plants. He always visits Bate each day to keep him updated on what he's growing or experimenting on, and sometimes even dropping off flowers since he knew Bate enjoys them around his home. Having someone like Bate around boosted Atticus’ self-confidence greatly, and the Leo will always appreciate, and cherish the time they spent together.

Unfortunately, Atticus took the loss of his Grandfather extremely hard. The once cheerful, confident Leo reverted back to his reserved, secluded self. He neglected the health of not only his plants, but himself to the point where he had to be hospitalized and monitored. Arthur eventually stepped in and tried to be the supportive father he never was. He wanted to be someone Atticus could go to, like how Bate was when he was a kid. Nothing could ever replace his grandfather, says Atticus, but having a father who is trying his best to follow in the footsteps of the old Warrior has helped him. It will take many months, but Atticus is slowly recovering from the loss of Bate. Now buried under the plum tree with his Grandmother Ellie, Atticus visits both grandparents when he heads home from work.

Even though Atticus doesn’t prefer fighting, that doesn’t mean he’s not able to. Atticus is actually quite strong, and has a considerable set of powerful skills under his belt. He doesn’t use them often, however, unless he, or his plants feel threatened. While he rarely wields his fire, Atticus does rely on his strength almost every day. Because of years of digging, carrying heavy bags of mulch and even loads of bricks at a time for new garden beds, Atticus has built up quite a lot of muscle. He is now easily able to carry several bags at a time without breaking a sweat. Atticus doesn’t notice how strong he truly is at times, but many in town do. They see him as a highly powerful, but gentle and kind soul.

Since Atticus is a hybrid, he still suffers from the same conditions he did as a child. Over the years, though, his body has become stronger and more resilient towards his fire. He is still able to fall ill if not careful, however, so he does take medicine on a daily basis to help. Unlike the syrup Petta used to give him, she now makes them into tiny capsules that he’s able to swallow. The effects of said capsule last much longer than the syrup, so Atticus is able to do even more without the fear of his body over heating.

A very noticeable change in Atticus' appearance is his face. Atticus is blind in one eye due to an incident regarding a new species of plant he found. It causes blindness, which Atticus wasn’t aware of until it was too late. This accident happened when Bate was still alive, so dealing with the fact he was permanently blind wasn’t as hard to cope with since Bate was there to help him along the way.

The second is several scars across his face. This was not caused by a plant or demon beast, but a wild Gao Gao that was protecting its territory. Atticus entered its home (Not knowing it was residing there) to gather several plants before it attacked him. It managed to take a good swing across his face before Kisses (Who lives in the area) came to his defense, and took him back to Kalmari. With his previous master not here anymore, Atticus took it upon himself to be the secondary owner of the old dog; not knowing Tula did the same thing when she found Kisses.

Atticus may have not been the warrior or leader everyone wanted him to be, but he knows the path he wants to take, and will not budge nor change for anyone. He will continue to do what he loves, and will eventually pass down what he knows to the next generation in hopes they’ll continue his work.
Species © Nintendo/ HAL Laboratory
Interpreted characters created from said species © Rhylem