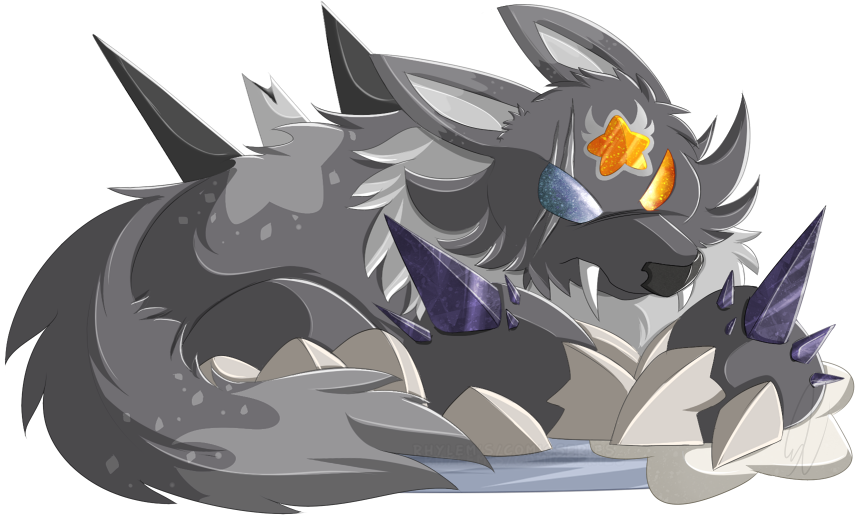 A rather old character I've been itching to finish as of late. The character this WolfWrath is associated with is currently a secret (But not for long since their bio is almost done!!) I'm super excited to talk more about them. They were originally going to appear in an older chapter in my series (As a flashback) but I cut it all together. So I decided to give them their own arc as a literature piece, but the more I wrote about it, the more I like the idea of making it into a mini comic. Of course, I'm super busy with Meta's arc, so it may not happen. But who knows, I think I'm up to it since I've doodled out a few rough sketches of some of the scenes.

I would love to talk more about it, but I don't wanna spoil anything! >v< But as a small teaser, Meta has a hunch that someone in Kalmari Town is able to turn into a WolfWrath during a full moon. Is what he's saying true? Or is just a silly campfire myth. What do you guys think?
Species © Nintendo/ HAL Laboratory
Interpreted characters created from said species © Rhylem