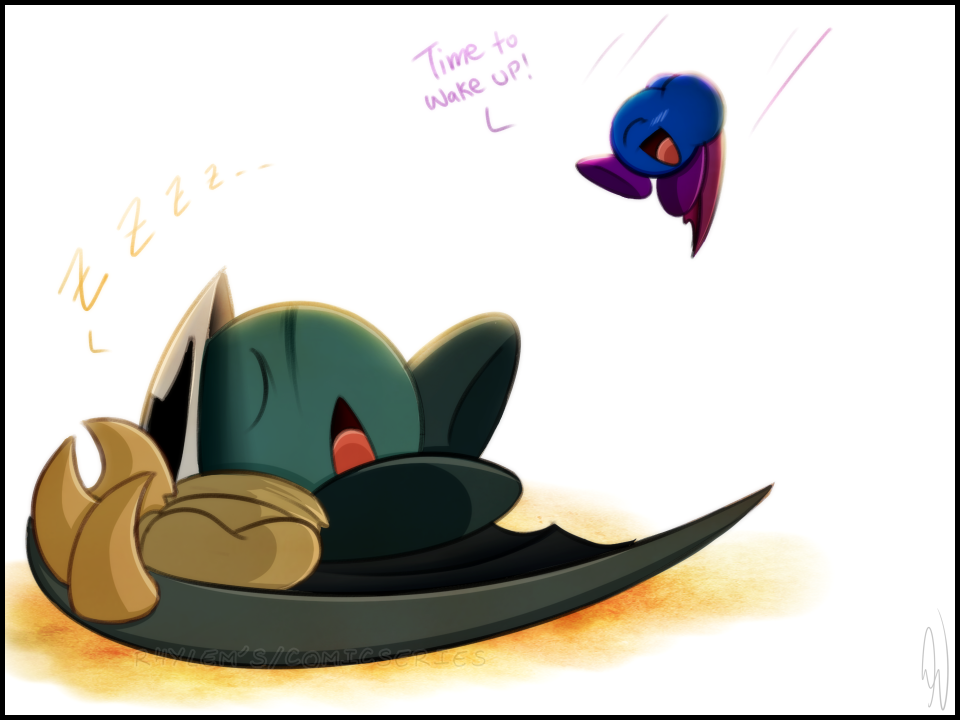 It’s common knowledge that one should never taunt, badger or even worse- wake a sleeping bear. While many are wise and oblige to such a rule, there are those who disregard and do it anyways. The young warrior cub will pounce on the exhausted caretaker bear regardless of the consequences that follow soon after.
Species © Nintendo/ HAL Laboratory
Interpreted characters created from said species © Rhylem
Story © Rhylem