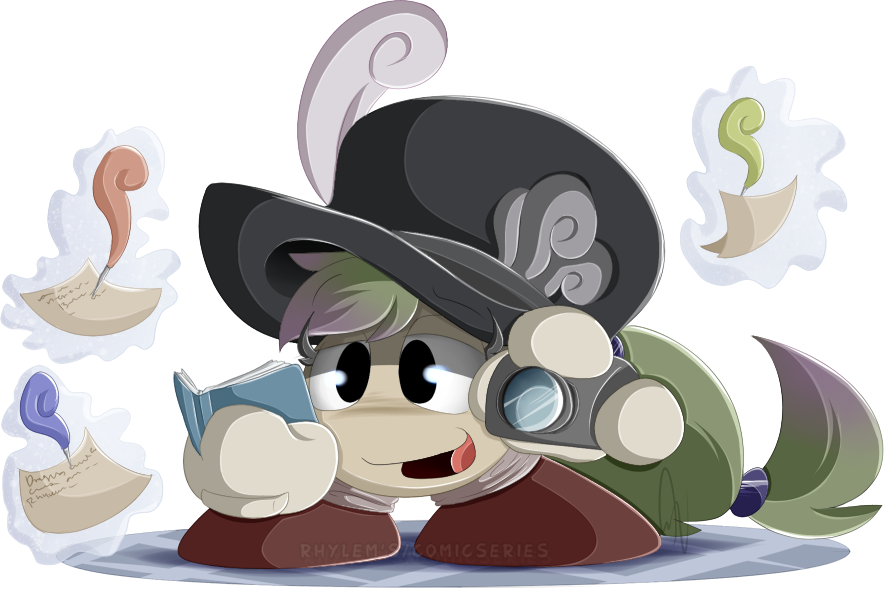 Oh, look! Another new character!!! Actually no. XDD Just like Pearla and Monty, she's been introduced a long while back in the GW family tree!!!

This is Vera! She's the wife of Cite, AND the mother of Gryll.  ^o^ I know it sounds weird, I'm well aware how odd it sounds. It's an unusual combination,  but I'm having a blast writing about them and their family~ >v< It's super adorable and funny how Cite tries to raise his daughter since my headcanon is Gryll has trouble controlling her magic as a child. In my headcanon, I like to believe her powers are unhinged and chaotic at times. For now this is a current list of her powers when she is a toddler:

-Levitation
-Being able to levitate others.
-Summoning giant blocks of stone with Star engravings on them.
-Teleportation (Which FREAKED Cite out when he first witnessed it)

She has other ability as well: Elemental abilities and.....4th wall breaking powers, but that won't be until she hits her teen years. Buuuuut, as a child, she can't control them very well. One of her favorite things to do is turning some of the vegetables in her father's garden sentient so she can have friends when she's feeling lonely. She mostly prefers onions. In fact, she currently has 3, and calls them-  Salt, Pepper and Sugar. ^o^

Let's just say Cite has to deal with a loooooooot of his daughters shenanigans. XDD And I absolutely LOVE it~!

But let's back up a bit and talk about Gryll's momma! Lots of info how she and Cite met is posted already in Cite's bio. If you wanna see how they met and stuff I recommend going there. But for some side info: Vera lives with Cite in his home in Kalmari Town. She's no where near as powerful as their daughter. She's able to summon block and levitate small items like books or her pens, but nothing like Gryll. (Gryll can easily lift bother her parents with ease! And still have enough power to levitate the bed and cabinets too. XDD)

Vera is very hardworking and determined. Having a headstrong demeanor, nothing stops her from getting any job done. Once settling down with Cite, she still continues working as his manager, but doesn't travel with him and instead stays to watch over their daughter. It's still in the works, but I may give Vera a brother, buuuut it's still in drabble phase. XDD

Hopefully I can post a family photo of them later on. x) I love them so much~!!! <3333
Species © Nintendo/ HAL Laboratory
Interpreted characters created from said species © Rhylem