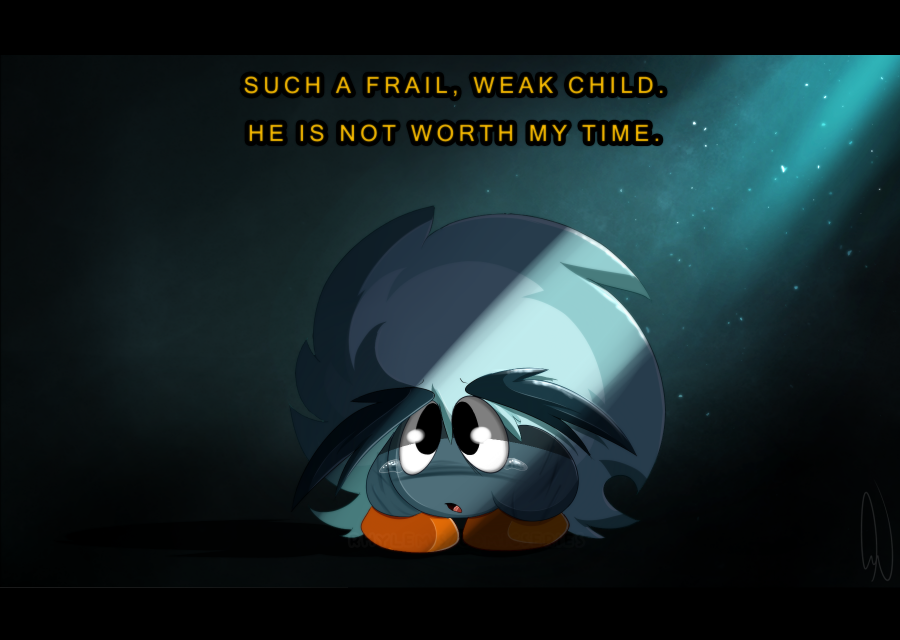 "He cannot control his fire, he cannot properly fight, he is greatly weaker than all the other Leos. And look- he can't even control his emotions without crying. No, he is not my son."
​​​​​​Artist Comment:

​
Flashback when Pyrell was just a toddler. Precious little flame is such a sensitive child. He was extremely emotional, and a bit of a crybaby. Because of his condition, he does have trouble controlling his fire at times. Actually, anyone with the Surge has a very difficult time with such a thing. His father wasn't aware he had it, and assumed he just wasn't strong enough to maintain his fire-  which lead up to the abandonment of his son. Of course, when he did find out it was the Surge, he tried to gain custody of Pyrell again. ;;

Strange what time does to a person. Pyrell is now considered one of my strongest during the later generation arc.
​Seems like the little, weak flame isn't so tiny and frail anymore. u////u
Species © Nintendo/ HAL Laboratory
Interpreted characters created from said species © Rhylem