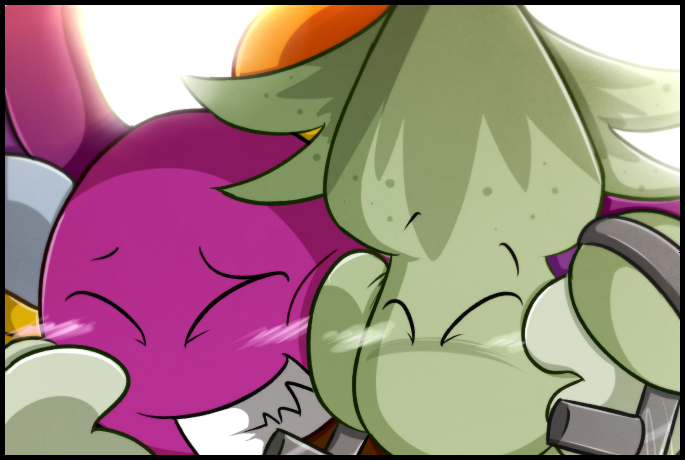 But I say go ahead.

I Wrote something awhile back about the two meeting up a few years later after Dragato left for the war. I’m planning on posting it when I get the illustration part of it done, but just wanted to clarify this right now (since I don't want anyone to imply something from the writing) that Cite and Dragato AREN’T a couple. They never will be, and I see them sharing the same strong friendship that Bate and Gordon have.

They both live together and practically stick together like glue when they go out. This is only due to the fact that Dragato greatly missed his friend over the years. He’s become a tad bit like Gordon where he's extremely protective over Cite. But like I said, it’s only because he’s doesn’t want anything to happen to his childhood friend. Dragato truly does care for Cite, and vise versa, BUT that does not mean there has to be a relationship involved.

Of course, them constantly being together does cause a few heads to turn. There are a few that assume there’s /something/ between them, but they just laugh it off. They know, and that's all that matters. x)
Species © Nintendo/ HAL Laboratory
Interpreted characters created from said species © Rhylem