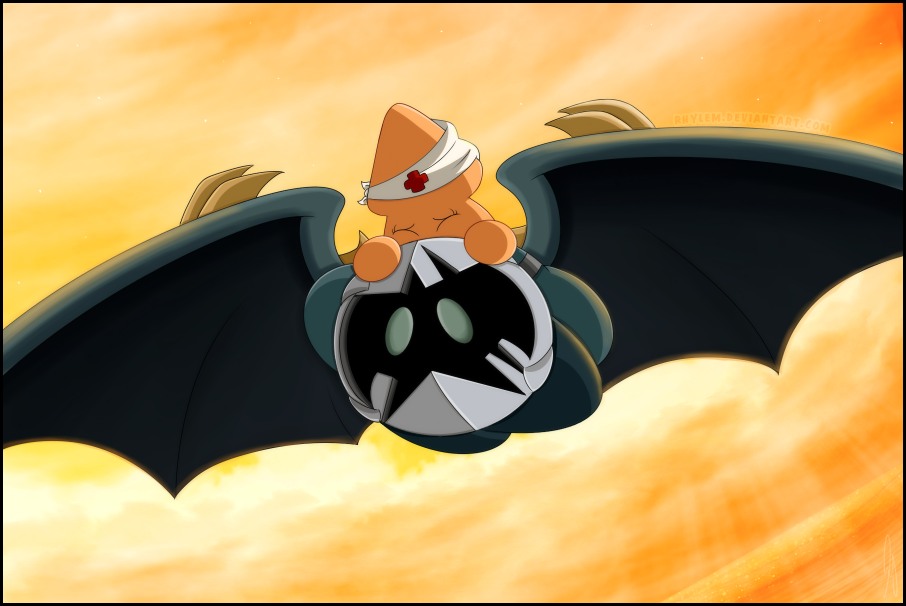 The World Through my Eyes

​"Ellie, you can open your eyes now."

Ellie tightened her grasp on the Puffballs head. "B-bate...I c-can't."

Bate reached up and touched one of her hands. "Why? I thought you like the clouds."

"I do, but..." She continued to clutch the Puffball for dear life. "That was inside the hospital walls...not 500 feet above the ground!"

"I've been flying since I was a kid, Ellie. I know what I'm doing." He reassured her.

"It's not that, Bate. Us Squids lack the ability to fly. We're not used to it like you."

"Then isn't that the perfect reason to try and see if you like it?" He slowed his speed and looked up at the frightened Squishy.. "C'mon, Ellie...I want you to see what I see. I promise, I won't let anything happen to you."

Bate felt the tensity around his head loosen up.


(Somewhere on the outskirts of Kalmari Forest)

Alba rolled her eyes and tried to block the whines of her brother."Quit whining, Elliot! You haven't stopped since we started walking."

Elliot crossed his arms and turned away. "But it's not fair!! My sweet Ellie keeps spending all her time with that worthless, piece of-"

"Fine..." Elliot huffed. "With Bate." He said the name with complete distaste.

Alba sighed. "Give it a rest already. She doesn't belong to you."

"B-but Albaaaaa" He whined. "We were supposed to get married!!"

Elliot walked a few feet ahead of her. "Then he came along and ruined everything..." He mumbled. "Ellie would never fall for someone like him, right?"

"Who knows." She shrugged. "Love works in strange ways."

"Yeah? Well love should have boundaries. I mean, Ellie and that thing...together?" He started laughing. "I'll believe it when squids fly."


Elliot turned around when he felt Alba touch his shoulder. "What?"

"Check it out," She pointed to the sky. "A flying squid."


"BATE!! Fly higher!!" Ellie shouted in excitement. "I want to touch those clouds up there!"

Bate laughed at her new found childish behavior. He nodded and flew up a few feet from where they previously were.

"Well, someone's not a little scaredy-squid anymore." He teased.