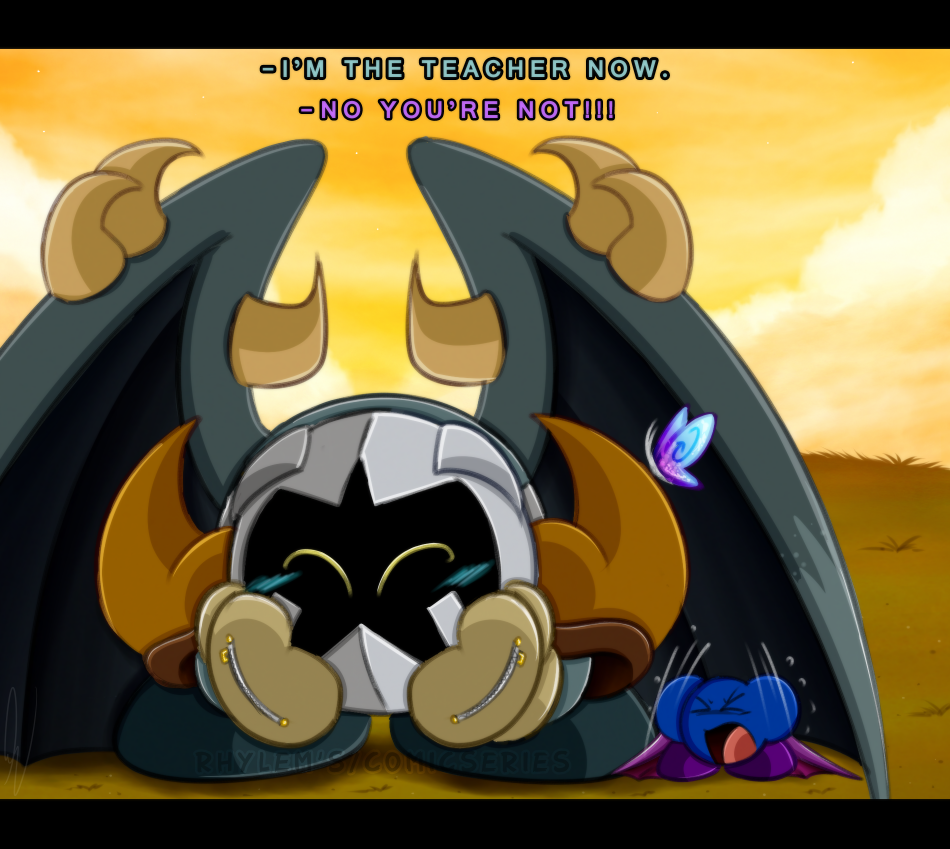 “Gumball, if you dare buy even a single piece, I’m gonna-“

“But I’m the adult now, remember? Oh, I know! I’m gonna go find Arthur and tell him he’s lame! He'll have to believe it if it's coming from you!"

A while back I made a demon beast that had the ability to swap bodies of the first two creatures it touched. I tried to make it a very simplistic creature since I wanted it to be like the Demon Frog. Said creature is a butterfly named Switcha. Like the Demon Frog, she’s an extremely dangerous demon beast if placed in the wrong hands.

Luckily she arrived in Kalmari; a pretty mellow, safe town. Unfortunately, Meta was trying to catch it (not knowing it was a demon beast) while hanging out with Bate one afternoon. Switcha mistook Meta’s playfulness as a threat and swapped the bodies of Bate and Meta as a result.

Of course, Bate freaks out from the sudden change and demand they go see Atka (the only one he thinks who would know) and explain their predicament. Meta, however, doesn’t listen and pokes fun at his new “student." Bate isn’t amused and starts threatening Meta for not taking this seriously. Meta tells his teacher to calm down and have a bit of fun with it.

Eventually Meta finds out that being Bate, ah....really sucks. He tracks down his teacher and tells him that he hates being him. Bate is quite amused by it but soon agrees; saying Meta will probably kill him if he stays in his body. Both head to South Nova to ask Atka what could’ve caused such a thing.

I’ll spare you more paragraphs, but that’s kinda the story in a nutshell. They swap back eventually, so it’s all good. XD Just thought I'd draw something for it. Hehehe, you can just totally tell Meta's Bate. XP
Species © Nintendo/ HAL Laboratory
Interpreted characters created from said species © Rhylem
Story © Rhylem