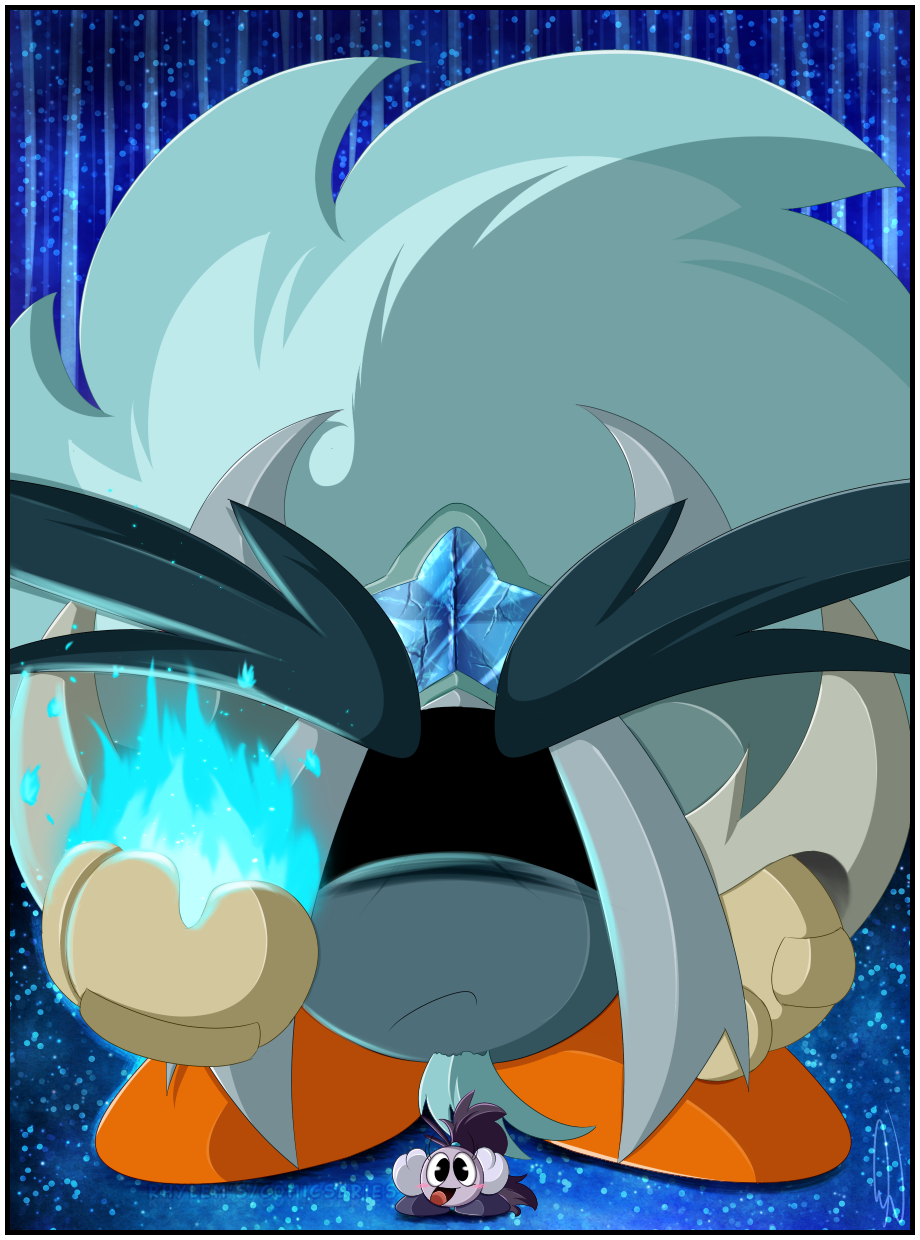 I always loved the fact that Pyrell (Who was once extremely unstable, violent and quite dangerous) now become, in the eyes of Tula, a giant, protective teddy bear. I'm sure it'll cause a few heads to turn for those who knew the old Pyrell since no one thought he'd ever have a family of his own one day, let alone a daughter. ;v;

Of course, Pyrell has not forgotten about his past. He still has a highly deadly air to him if someone were to attack his family. He is one of the few characters of mine who have mercilessly killed, so he will show no hesitation when fighting- especially if it's to protect his precious little plum. <333
Species © Nintendo/ HAL Laboratory
Interpreted characters created from said species © Rhylem