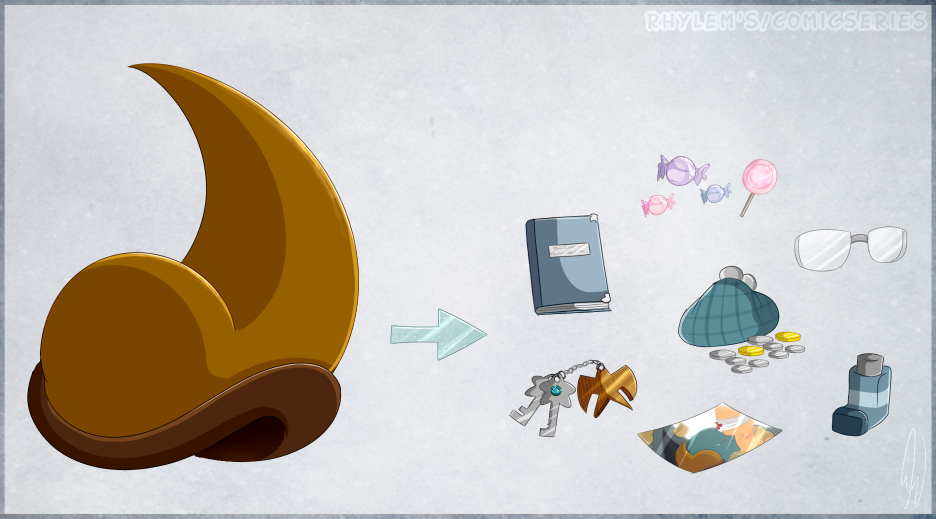 ​Snippet from his updated bio in the works. (WIP)


Bate received his Pauldrons from his mother, Suna, as a gift when he informed her that he was joining the GSA. A bit big for him growing up, he finally grew into them at a later age and now wears them along with the mask he received from Luna. Although Bate never utilized them in war, he still wears them as he’s been accustomed to having them on. They are extremely heavy due to their size, and many of his students who were told to fetch them for Bate complained that they’re unable to lift or even budge them. Gordon suggests, because of the weight and the sheer amount of strength it takes to support them, that Bate should stop wearing them. Bate however, doesn’t have an issue with their weight and will continue to wear them regardless of what everyone says.

Bate also stashes a variety of items under them as they’re quite spacious underneath. His more important items like his keys, money and glasses are under his left Pauldron, while his right one has a plethora of various, miscellaneous goods. If one of his friends or students are looking for a certain item, chances are that Bate’s probably carrying it. Due to the elder having just about everything stored under his armor, many see him as a walking cupboard.
​​​​​​Artist Comment:

For Bate’s updated bio. I need to post them separately so you’ll be getting a bunch of random illustrations about him. (Kinda like what I did with Pyrell.) It’s a huge project I’m steadily working on, so it’s going to take awhile to get it complete~

And yeah, he stores a lot of items under his pauldrons.