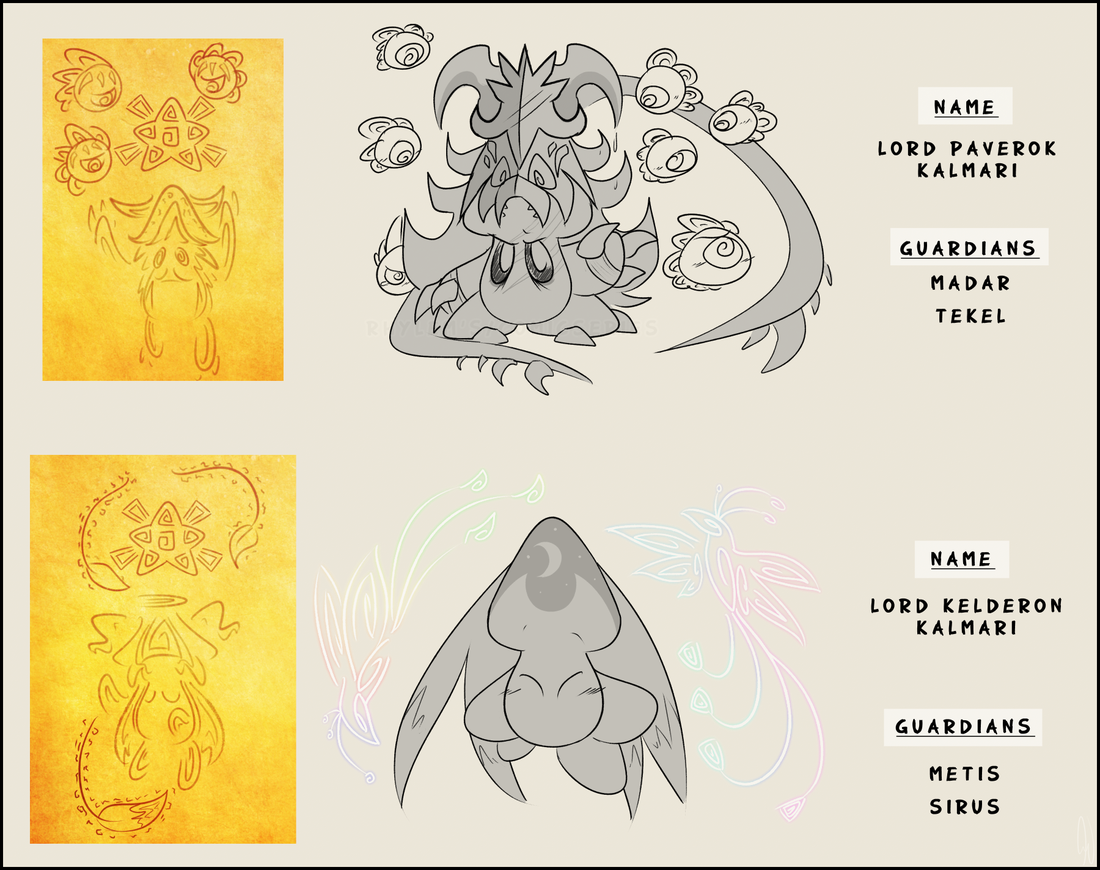 "And it was said that the great NOVA bestowed him with two children as a result."

Concept art of the two legendary brothers who were created when Kalamar offered his eyes to the great NOVA.
​
Lord Paverok Kalmari  AKA The haven of Dark Matter.

Lord Kelderon Kalmari AKA The Conductor of Guardians.

Moar Legendary Trio arttttt!!! They are just so much fun to work with. x) I finally reveal Paverok's design, and the name of all of their Guardians. Unlike the Star Warriors that follow after, Kelderon and Paverok had 2 Guardians instead of the regular 1. (Though that was explained a long time ago) ​
Species © Nintendo/ HAL Laboratory
Interpreted characters created from said species © Rhylem