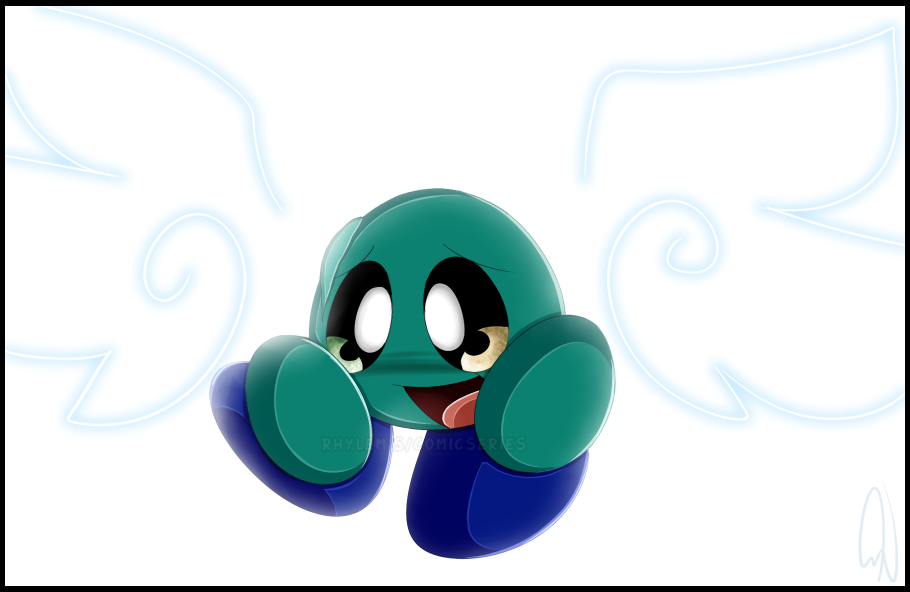 So near the ending of the description, I said I didn't mention an important detail regarding this specific scene, and that I was going to wait much later in the series to talk about it, buuuut a friend of mine actually asked about it last night. I honestly didn't think anyone would even ask such a thing, but she did AND it's because of her I'm going to talk about it. So if you enjoy the lore of GW, you better thank her cause I wouldn't be talking about it right now. XDD

Her question sounds simple enough, but it holds a lot of meaning for this character. And I'll be explaining everything below:

So her question was this: "Why did Paverok revive Nonsurat? What was the reason?"

To start this off, let me say that Paverok is not a bad Star Warrior. (HUGE Emphasis on the Star Warrior part) Bad things just happened to him and he ended up losing his way because of Dark Matter's manipulation. This obviously does not excuse what he did, he's done horrible, terrible things. And if it wasn't for him, the Star Warrior line wouldn't be on the brink of extinction. You really need to separate Corrupted Paverok with his Star Warrior side. They're simply two different beings.

So when Paverok died, the corruption of Dark Matter lifted. Sort of like a curse that's finally been removed.

*SUPER SAD PART BELOW, SO WARNING.

As you saw in the recent comic page, I mentioned that a small part of Paverok still exists in his Celestial Void. A small remnant of his very being for the sole purpose of wanting to see his Guardians again. He wants to apologize to them, he wants to beg for their forgiveness, and he wants to finally enter the afterlife with them together. As you know his Guardians are still alive, just possessed by Dark Matter. So unless someone kills them and sets them free, Paverok will have to wait. And that's what he's been doing. He waited for many centuries until another presence (aka Nonsurat) entered the Celestial Void when Shieff put him in there. With the void being corrupted, Paverok  knew the child will die without help.

So now we hit a crossroad. Paverok has 2 life changing choices on his hands:

Paverok can save this young Star Child with his remaining life, or he can let him die and continue waiting to see Madar and Tekel again.

You’ve seen the choice he made in the comic. He won't be able to see his Guardians like he wanted to, but he's given this child The Gift of Life. As a fellow Star Warrior himself, Paverok knows he made the right choice.

ANYWAYS!! There's the answer to her question. I'm a bit happy someone asked, it would've been A LONG time before I mentioned this scene. x)
Species © Nintendo/ HAL Laboratory
Interpreted characters created from said species © Rhylem