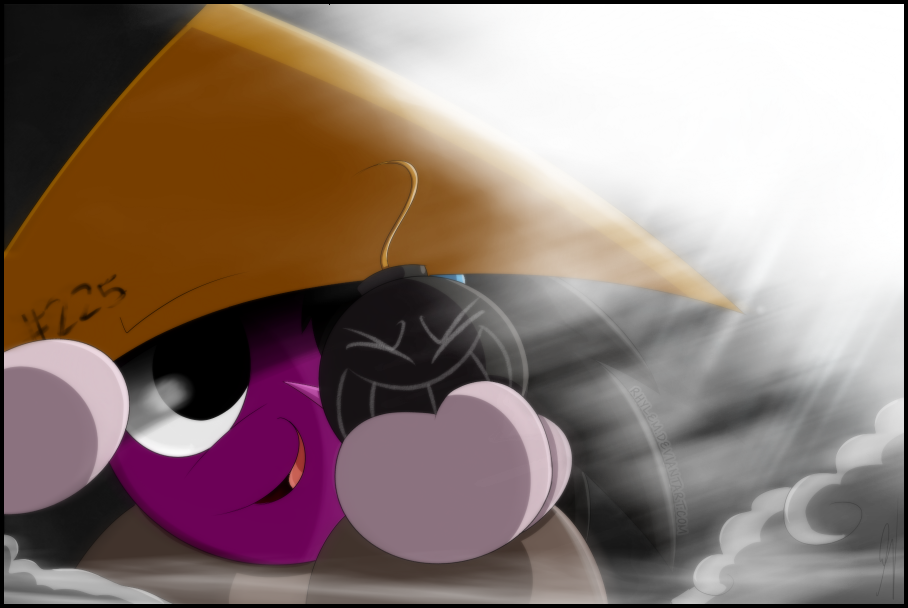 I haven't used that term in a long time. For those who don't know, a Cruxor is a derogatory slang name given to those who have worked/currently working in Central Crux. Cruxors are considered low, worthless workers who have no hope of ever achieving a better life for themselves. Higher-ups in many Crux companies find them quite useful; for they are cheap and willing to work for next to nothing. Many workers are bought and sold to other companies depending on their skill level. Many are born into it and were raised to work since childhood. (Like Ramset/Luna) In other words, they are seen as nothing more than a cheap work source for the growing metropolis.

Ramset was one of the lucky few who escaped Central and was able to start a new life.....though it did cost him his hearing in the end. (But I don't think he's really bugged about that. >u<;
​
Species © Nintendo/ HAL Laboratory
Interpreted characters created from said species © Rhylem