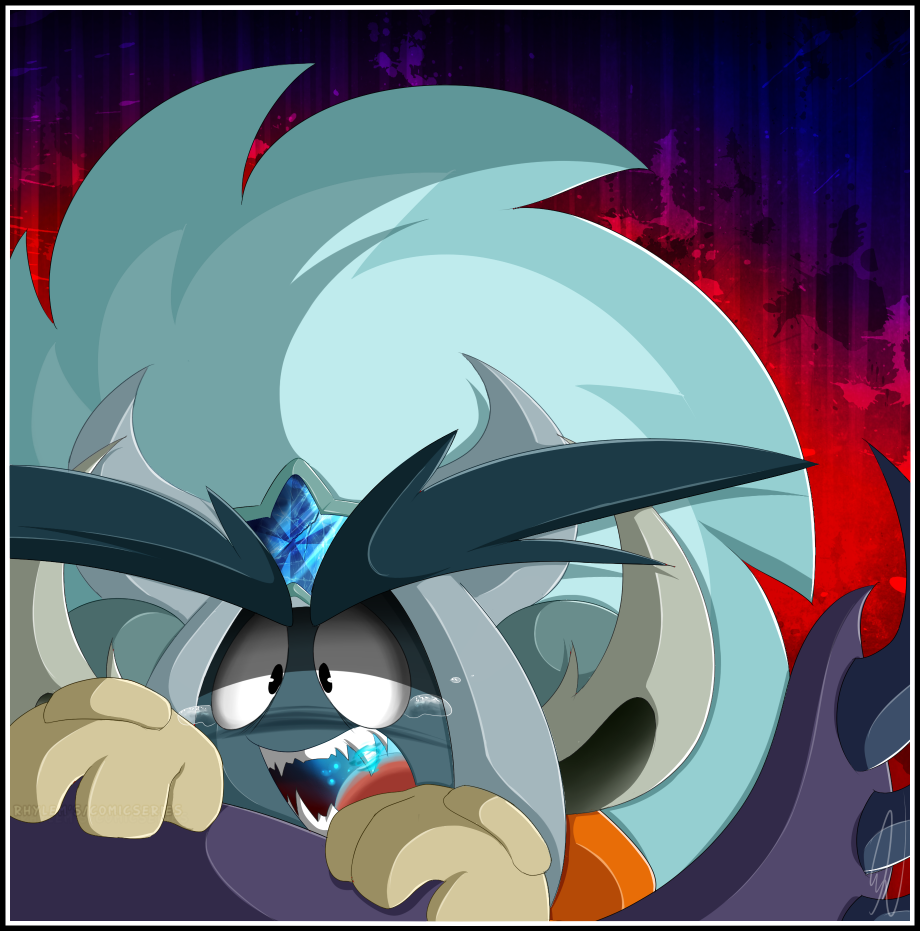 ​They will die a horrible, terrible death. Once we bite, we inject them with what we call 'liquid fire' that will scorch, and burn them from the inside out.
​I would never wish my greatest enemy with such a cruel fate."
​​​​​​Artist Comment:

The Bite of Death is Pyrell's strongest move when he's in his right state of mind. As in, not during the Surge, or rage episodes since he's unable to control himself during that time, or even remember what occurred.

The reason why it's considered not only his strongest, but deadliest move, is because it's fatal once it hits. You will die a slow, and VERY painful death.

This is an extremely deadly, powerful move that Pyrell was taught by his father. He also forced Pyrell to get his teeth filed and sharpened so it’ll be easier for him to kill on the battlefield. That being said, Pyrell has never used this attack on anyone before. Pyrell witnessed his father preform the Bite of Death, and was mortified when the victim was crying and screaming out in pain from being burned alive. He never wanted to see someone suffer like the way they did, so he made a promise to Drani that he will never be like his father and use it on anyone.

This promise was broken, however, when he and Drani entered the GSA. During this time, he has used it twice, which are listed below:


1. The first was to protect Falspar. The Puff, who was on the brink of death, was saved when Pyrell preformed the bite on the demon beast who attacked him. Dragato, Nonsurat and Meta witnessed the attack, and were slightly taken aback when they saw the creature dying from it. With Falspar now recovering in the infirmary, Pyrell apologized to Drani for using it. He told her how irresponsible and foolish he was, and even went on to comparing himself to his father. Drani quickly dismissed said statement; telling him he did it out of love and protection for Falspar, and not for vengeance or revenge like his father. She did not frown upon the warrior since she knew he used it under the right circumstances.

2. The second time the attack was used was when Drani died. Pyrell, filled with pure hatred and rage once his Guardian died, didn't give a second thought when he grabbed the one responsible for it. He wanted him to suffer the most horrid, painful death for killing his other half, but unfortunately failed when he realized he lost his ability to use his fire. He was dismissed from the army as he was deemed “worthless”, and has not used the attack since.

Pyrell eventually regained his fire ability later on. He lost it due to the fact Drani died. Having your Guardian die has a huge impact on the Star Warrior, and Pyrell lost his ability to use his fire for a short time until he was able to recover from the loss.


After having several family members wounded, including his daughter, Pyrell eventually used the bite on the demon who attacked them- Galacta Knight. While the attack hit, Pyrell, to his shock, noticed he quickly recovered from it. This caused Gala to subdue the Leo when he was off guard.

Due to several incidents in the past, Arthur wanted Pyrell to teach Atticus how to use the bite. He knew his son was never a fighter, but if he were to learn a powerful move that instantly killed, he wouldn’t have to worry about his safety and well being when he’s not around- especially after the passing of Bate. Pyrell harshly rejected his request, and told Arthur he was being highly neglectful, and thoughtless for even considering such a thing. He told the warrior it wasn't a move worth teaching, and left the Puff after a rather heated argument.