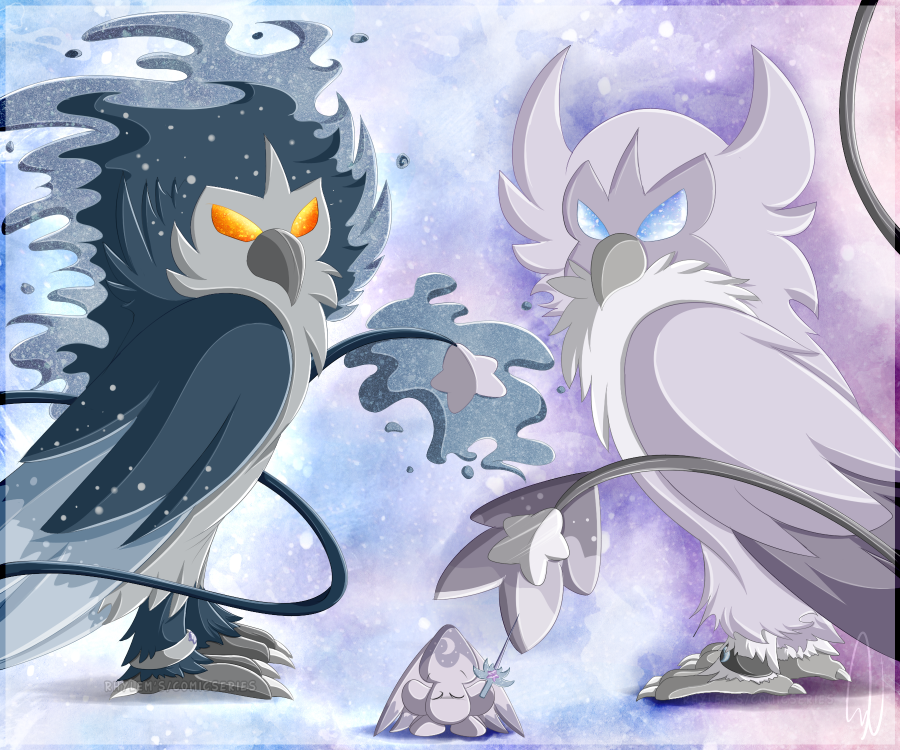 Since I revealed Paverok's Guardians, it's only fair I show Kelderon as well. >v< These are his two Guardians- Metis (Right) , Sirus (Left). Metis has been shown before in this small illustration. But other than that, I haven't really mention much of them....except the part where Paverok kills them as mentioned in OMV. D;

And yes, they're HUGE compared to Paverok's little Guardians. >v< Paverok's are hummingbirds, while his brother has owls.

EEEEEE!!! I'm honestly REALLY happy with their designs. This is actually a panel for a future comic page. But since the panels are very small, I wanted to make a larger version of it. ^o^ I was originally only going to show their feet to show how massive they are in the comic, and to keep their designs a secret, but I changed my mind. >v<

Every Guardian of the Legendary three has now been revealed. 8D Yaaaay! I love all their designs, I can't pick a favorite. <333
Species © Nintendo/ HAL Laboratory
Interpreted characters created from said species © Rhylem