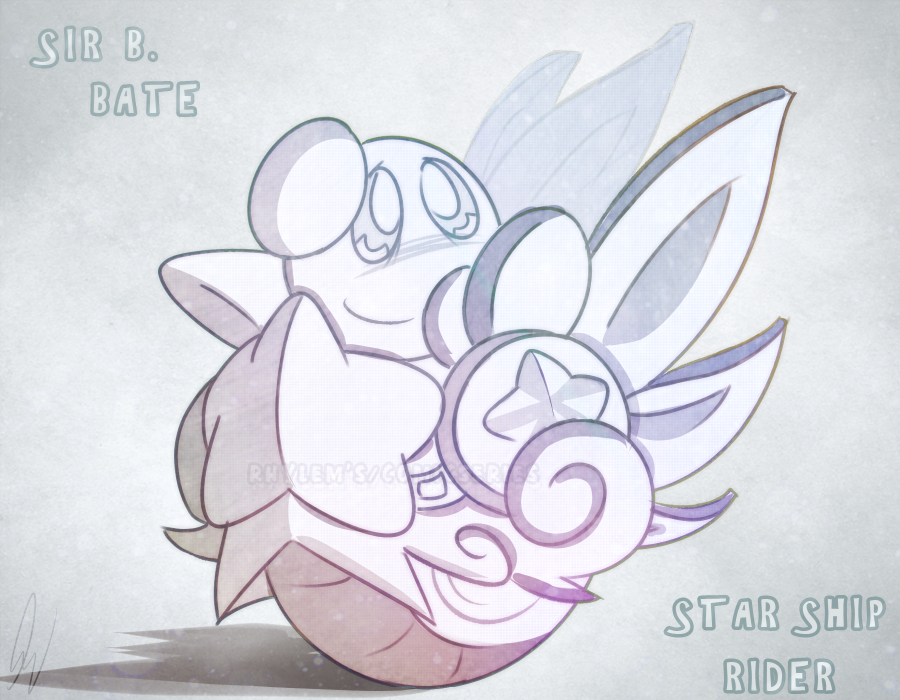 When I was younger, I would waste so much time bummin' around the lands in Super Star riding the Wheelie partner.

I thought it would be cute to design my little Bate a Wheelie if he appeared in the game. This design is inspired by the Starship from Milky Way Wishes. I may tweak a few things, but overall I like it. >u<