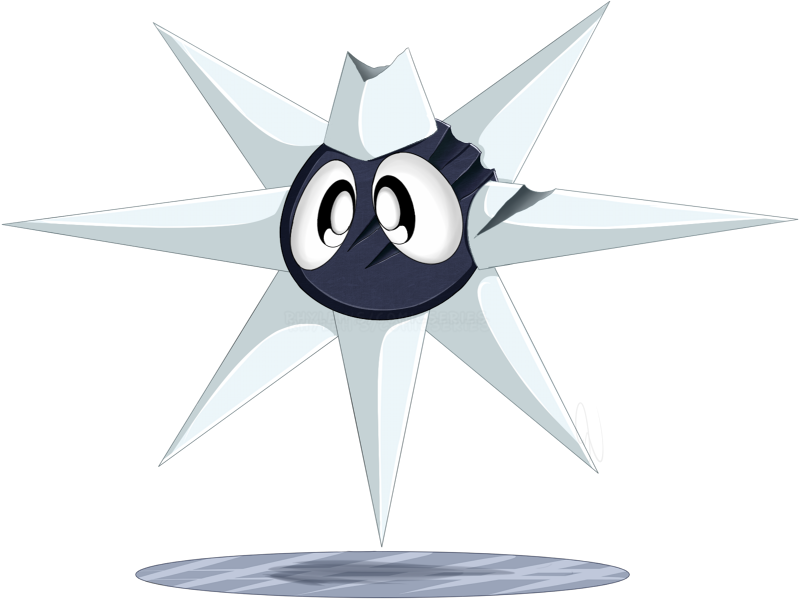 ​
As far as Alba and Gordon knows, Jr. doesn't have a phobia.
He doesn't show fear, nor hostility when he's around the pair.

It's not known if Jr. has a weakness. Jr. doesn't show
emotion and is never seen backing down or running
away from a frighting or troubling situation....which
sometimes causes Alba and Gordon to panic for
his safety at times.

Specter Abilities
​
Just like Bullet and his father, Jr. is able
to create specter hands; though he is too young
to create claws like his elders. (They take the
form of orange blobs.)

Jr. loves to spend his time perfecting his
weaponry skills. He trains with his dad
throughout the day and also practices
his defense alone in Kalmari Forest.

Gordon is quite impressed how well his son
does in the art of weaponry at such a young
age. He considers Jr. a young prodigy and
sees his son surpassing him in the
near future.

This little Gordo appeared out of the blue one day.  Alba found him wandering through
Kalmari Forest  and took him home to show Gordon. Upon inspection,  Gordon
noticed a small tag hanging from one of its spikes. He read it out loud
for Alba to hear.

Gordon refused to send back the lost Gordo to Central, so they both
decided to keep and raise  the little Gordo as if it were their own.

Gordon Jr. has two busted spikes, one of which completely fell off when Bate touched it. Ellie
tied a blue bow around the damaged spike to remedy the problem her husband caused.

Jr. loves to spend time with his family and friends....though he has a huge interest
in Bate for some reason. Bate finds it a bit creepy, but tries his best to
ignore it.

Because of the damage Gordon did in Central prior to his birth. His creator created
Jr, and ordered the little Gordo to locate Gordon and slaughter anyone he's built a close
relationship to; loved ones, friends, family. He was built to be a killing machine, but they failed
to  acknowledge the fact that Jr was still an infant.

Since Jr was still a child during this time, he was unable to pick up most of what he was ordered, and
only targeted one instead- Bate.  Jr. tried to follow his orders, but as time passed, he realized that he couldn't
go through with the  job. He sees Bate as a friend and refuses to kill or harm him in anyway. Unfortunately, Bate
woke up when Jr. made his decision and freaked out when he saw the Gordo wielding a bunch of axes
over his bed.

Gordon Jr. disappeared the day after getting caught by Bate in his room. He was accused of hurting
and trying to kill the Puffball. Seeing as he never shows emotions or talks, Jr. couldn't really explain himself.
He ended up getting Bate extremely mad, and was told to get away from him by Alba, Gordon and Ellie.

Jr. may not have showed it, but he was absolutely crushed when they told him that. Alba sent
him to his room until they were able to figure out what to do.

Alba checked on him a few hours later but couldn't find the little Gordo anywhere. After many days
and weeks of searching, everyone eventually gave up. Gordon and Alba became depressed and
blamed themselves for yelling at him. They hope, one day, their child would  return and
​forgive them for their actions.

Many would classify Jr. as an oddball. He doesn't show or
express any emotion what so ever. He doesn't talk, but does
listen and follow orders from his parents and
friends like a loyal pup.

For some reason, Jr. is always seen following and watching over Bate.
It's unknown why he has such a fascination with the Puffball,
but everyone finds it quite cute...except Bate, that is.​

The adoptive father of Jr. He looks up to
the older Gordo and was taught how to fight
with a variety of different weapons.

The adoptive mother of Gordon Jr. He doesn't
quite understand why she's not a Gordo like his
father, but isn't really concerned about it. He loves
to spend time by following her around when he's not
busy with Bate or his dad.
​

Atler is the one who gave the little Gordo
the nickname "Ribbons" The Koozer loves
hanging out with him because he always
follows his orders no matter what it is. He
sees Jr. as an obedient little dog.

Elliot finds Jr. quite amusing...mostly because
he freaks Bate out. Jr. spends equal time with the
Squishy, seeing as everyone tends to hangout together.
​​
​

The Puffball that Jr. targeted, and tried to kill. The little Gordo
ended up befriending him instead and refused to obey
his master's orders.
​
​
​

Seeing as Ellie's the wife of the Puffball
he's supposed to kill, Jr. is seen spending
quite a lot of time around the Squishy as well.
He is quite fond of Ellie since she reminds him
of Alba, but doesn't really show it; he just kinda
follows her around too.

-Many thought he was a girl due to the fact
that he always wears a bow on his head.

-No one is certain if he's able to
talk....not even his creator.

-Even though two of his spikes are
damaged, he can still create 8 specter
hands.