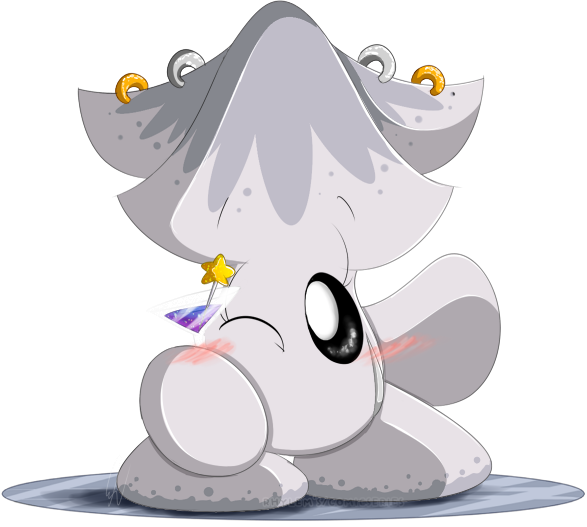 Alba tends to have a very short temper when it comes to
the views of this town. Unlike most of the residents living
here, she's very welcoming towards outsiders and loves
to talk to them any time they enter her bar.

One of Alba's favorite sports, she loves to play on the
beach with her group of friends. Even though her boyfriend
has a habit of popping the ball often, she still enjoys playing
with him.

An outgoing Squishy who left her hectic job as a doctor
to open up her own bar in Kalmari Town. She loves her
new profession and  enjoys and meeting new customers,
especially if they're wandering travelers.

Alba is a very outgoing Squishy who loves meeting new faces who
enter her bar.  She isn't afraid of sticking up for what's right and
won't hesitate to fight back when someone she cares for is in need.
She's also a good listener and always available to lend an ear.

The younger, very protective brother of Alba. Although Alba's
the eldest, Elliot sees himself as her protector from anyone
who comes in her way. Alba finds his behavior a tad bit annoying,
especially when she starts dating Gordon. She still loves her brother
with all her heart, however. Even if their view points are polar
opposites, she will always be there for her little brother.

Alba met Gordon in Kalmari Hospital when Bate was brought in. After noticing
he was in the waiting room for nearly half the day waiting for Bate, she learned
he had no where else to go and invited him to stay with her. They formed a tight
friendship and she allowed him to stay after Bate was released. She hired him
later on to work at her bar when he asked about it and enjoys the company of
her best friend. She secretly had a crush on the Gordo, which he happily
returned once he found out.

Alba found Jr. one night while walking home from work. She showed Gordon
since they were the same species, and both agreed to adopt and raise the
little Gordo as their own. When Gordon isn't busy training him, Alba loves
to bond with the child by showing him how to cook, read and even help
around the house. Alba loves his son and although he doesn't express it,
she knows he does as well.

An old co-worker of Alba before she left the medical field. She helped
her nurse Bate back to health in the beginning and left the rest up
​to her when she noticed Bate was taking a liking towards Ellie. Because
Gordon is close friends with Bate, she and Ellie see one another often
since Bate is never seen without her.
​
​

Alba was the first to aid Bate once she found out Elliot was
abusing him. She managed to help heal his wings and continued
to watch over him until she left the job to Ellie. She sees Bate as
one of her close friends and was thrilled to hear that he (and Gordon)
picked Kalmari as their new home.

Atler joined their group much later, but Alba still shares a tight friendship
with him. When Ellie or Bate isn't around, the Koozer will seek her attention,
which she'll gladly return. Since he's still young, Alba, like Ellie, is seen
as a parental figure in his eyes. Alba is always willing to lend him a hand
if he's in need of one.

-Her scars were from a previous, abusive relationship. She
never brings them up and hasn't told anyone about them.
​
​-She loves to cook and loves to spend her
time making things with Gordon.

-Like her brother, she's a fantastic swimmer and is
easily able to dive, travel and hunt (when needed)
​ with ease.

-She loves to play the piano on the side and teaches
​ Atler and Gordon how to play when they showed
interest in it.