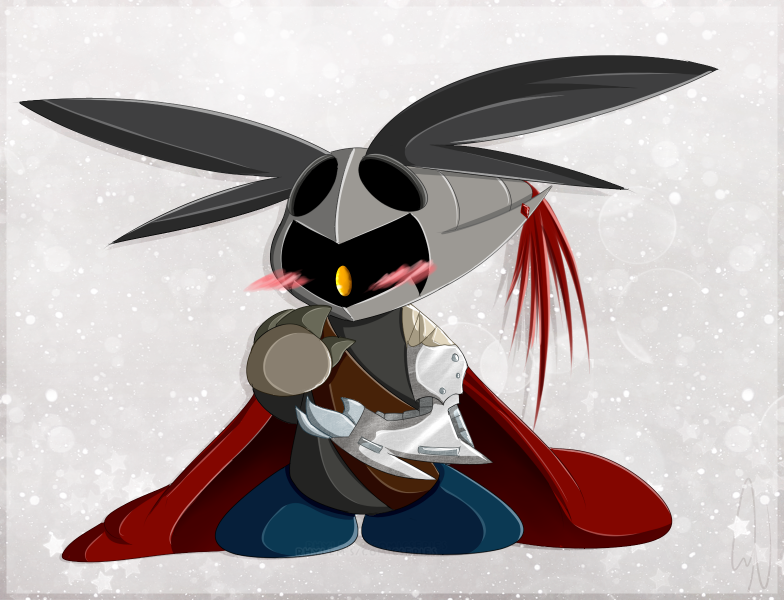 ​
First off, let me say Gravel is very capable with one arm. Being left handed, he was able to relearn everything from writing to wielding his lance. It was an extremely difficult process for him, but he’s learn to adapt and is quite content with his life.

Buuuut I wanted to draw him with a bio-mechanic prosthetic since it’s been on my mind for quite some time. The only one in my series who has one (Or something very similar) is Mends. I thought it would be cool to design my little roach with something. I RARELY draw anything mech-like, so I tried to keep it really simple to suit my style.


So…..If Gravel was given the chance to have one, I think he would feel the same as he first lost his arm. He’d have to tediously learn how to use it. I’d image Gravel having a difficult time like before; sometimes accidentally dropping or breaking things as he’s getting used to gripping and holding items. He may end up getting very frustrated at times as well.


After much time with a lot of support from comrades and Ramset, Gravel eventually adjusts to it. While still having trouble like writing, Grav is easily able to use his lance. (His main priority) He enjoys being able to do what he once did long ago and loves to spar with Gordon since he’s a weapon user as well.

His 2 students are fascinated with his new appendage. They always ask him to do the simplest of things like move his fingers or grab something. They love to boast to others that their teacher is part robot.

All in all, Gravel will be quite satisfied if he were to have one. Maybe in the future he will, who knows? >w<
Species © Nintendo/ HAL Laboratory
Interpreted characters created from said species © Rhylem