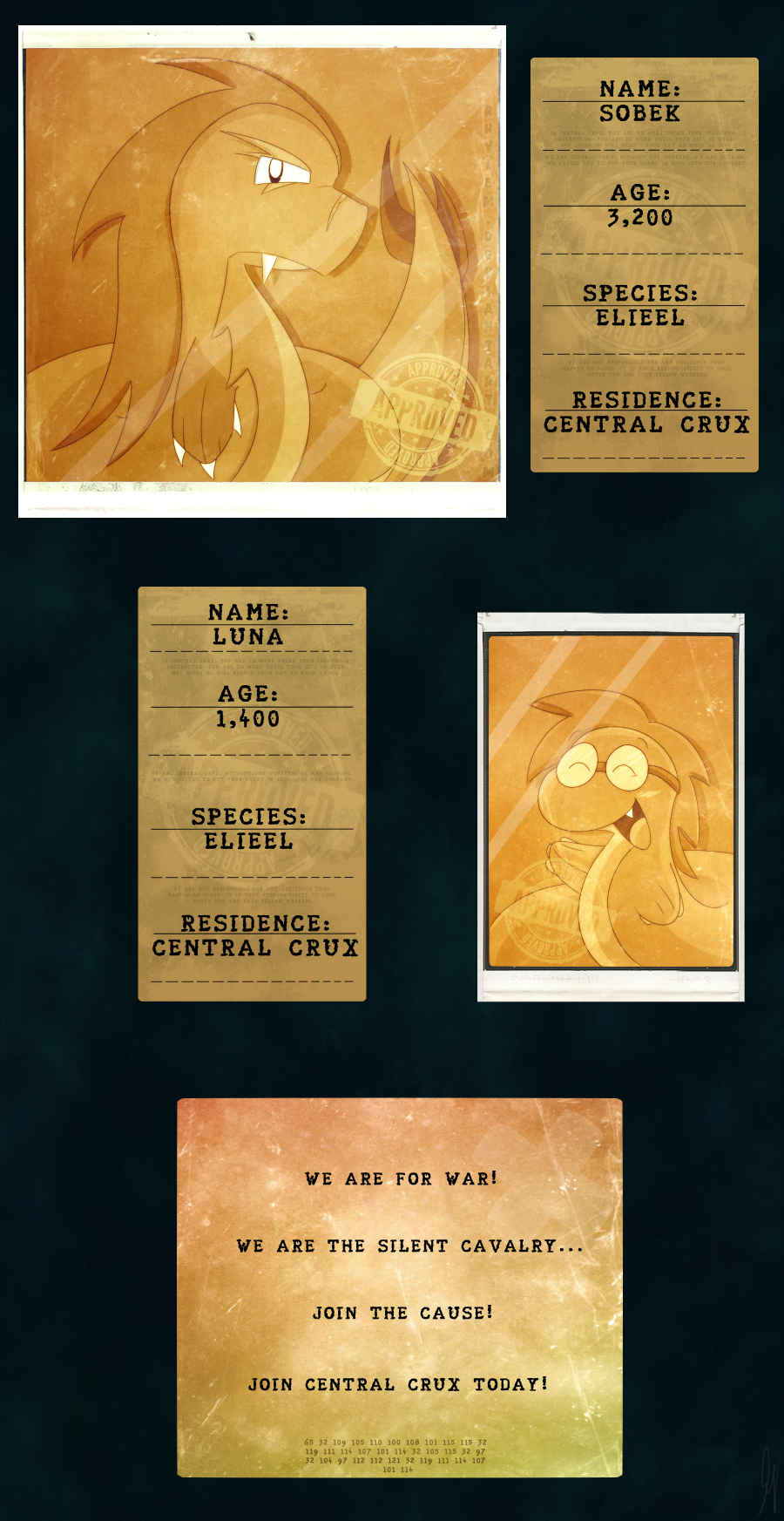 
Don't be fooled by his cold stare, Sobek is one of the nicest workers you'll find in Central Crux. Sobek has lived in poverty and relies on paycheck to paycheck as long as he can remember. The only thing that keeps him motivated to keep working and strive for a better living is his daughter, Luna. Knowing that all the co-workers he works with are in the same position as him, he's become accepting and very understandable; willing to help others when he can. Sobek isn't a fighter, but does possess a considerable amount of strength. He can put up a pretty good fight, but will only do so if his daughter is in danger. He currently works as a blacksmith in Central Crux to make miscellaneous weapons, parts, or anything else for the GSA.


Limited Skill Set
Jobs are slim, and Sobek is barely getting by on each paycheck. He doesn't know what else to do with his life, and is too afraid to leave Crux to find another place to live. He fears that no one else will hire him elsewhere since blacksmithing isn't very popular.

Luna
Sobek loves his daughter will all his heart and is willing to do anything for her. He had her at quite a young age and wasn't financially stable to properly take care of her because of it. It breaks his heart that he can't give her all the luxuries and needs she wants....though Luna doesn't care. She just wants to be with her dad. <3 Sobek will do anything to help give her a better living..unfortunately, that has yet to happen.

Being Luna's best friend, Sobek enjoys having Bate around. He would offer him to stay at their house from time to time when the Puffball was too tired to fly back to East Nova. Even though they aren't related, Sobek treats Bate just like his own and will protect him as well. He knows Bate is also working to help his family and respects him for that.

-When speaking, he has a habit of elongating the 'S'.
-He's never cut his hair before.


Bio:
Luna's an energetic, tomboyish, little Elieel. She's a hard worker and isn't afraid to get down and dirty when needed. She's quite strong for her age and usually uses more strength than needed when doing certain tasks- she has yet to control it. Even with her fault, she always tries to improve and learn from her past mistakes. She and Bate both work under the same mentor to make masks for the GSA. She hopes one day to work side by side with her father once her skills improve.


Personality:
Luna's very chatty and loves to talk to others when she has the chance. She quite hard to anger and loves to goof around during her free time...especially with Bate. When talking, she loves using her tail as a means of expression; she uses it more than her arms, in fact. Luna's not the fighting type and would never engage in such an activity. She's actually very sensitive and would most likely end up crying instead of fighting if someone were to hurt her.

Eye Sight
Luna has poor eye sight and is legally blind without her glasses. Seeing as her father can't afford to buy another pair if something were to happen to her current one, she has to be very careful not to break it.


Bate
Bate is the first, and only, friend Luna has. She can be a bit clingy to him at times, and doesn't respect his personal space well...but Bate doesn't mind. Besides studying together, both of them love to spend time playing with the masks they make each day.....which ends up getting their mentor angry.

Sheiff
Luna was taught by Shieff when she first started working in Crux. Even though she's been learning from him for years, something about him doesn't sit well with Luna. She knows that it was Shieff who gave her and her father jobs, so she will always respect and listen to him...even with her doubts.


Other:
-She enjoys watching the sky like Bate and secretly wants to fly just like him.
-She refers Bate as 'Gumball' from time to time because of his shape.
-Like her father, she has a habit of elongating her 'S's'.
-She has an incredible sense of smell and hearing. She will still be able to get around without the use of her eyes if she wanted to.