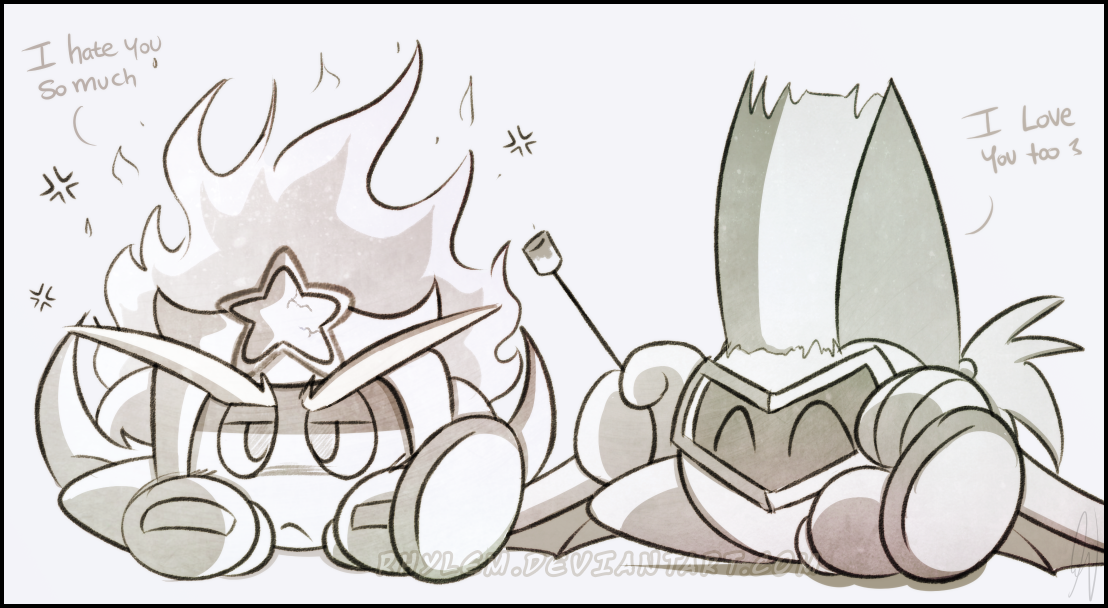 It is, in fact! ​ Meet Pyrell, the Burning Leo.

I mixed two words- Pyr and Peril. So in a nutshell, his name means hazardous fire. (Lulz, to me at least. :,D ) I kinda based it off of the name I originally wanted to give him, which was Cyril. Ah...I just wanted to make it more fire related.  And he's also a Star Warrior! 8D The Star on his headpiece is actually his Warp Star! >u<