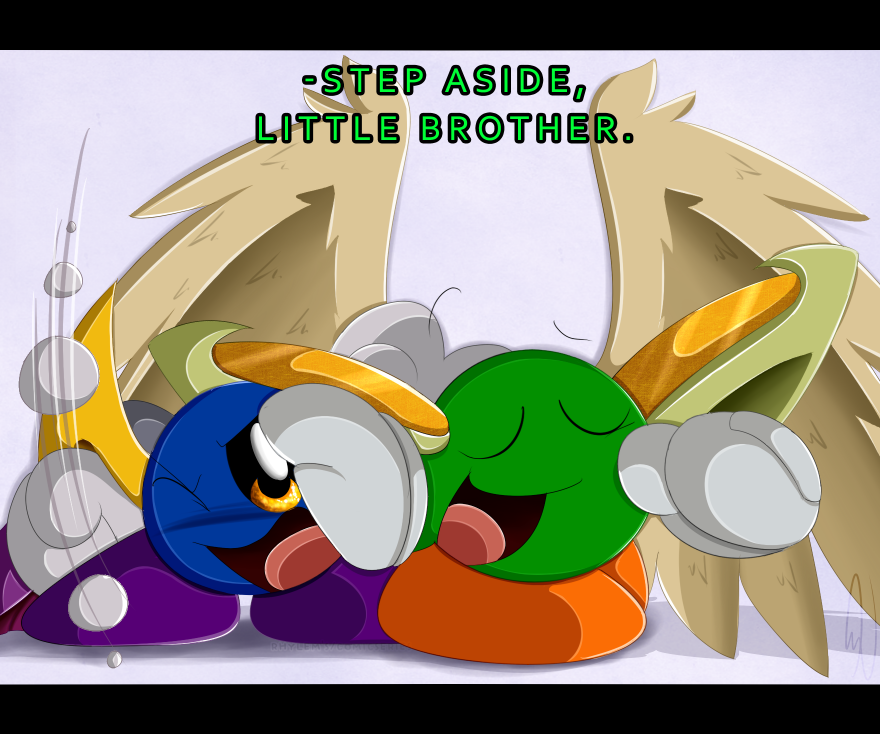 ​"Let a real warrior through, that would be me."

As teenagers, Arthur and Meta share a very.....tough love brotherly relationship. Meta is known to poke fun of Arthur when it comes to Petta, but once Kes came along and Meta started spending more time with her, Arthur mimicked his actions and did the same. This caused....a lot of fighting and bickering in the Bate household. Arthur sees Meta as the runt and little brother of the group, so he's often seen boasting or teasing him like all siblings do. Meta became a bit of a hot head because of it and is seen arguing or snapping back in anger when Arthur's teasing goes too far.

Bate tries to break the two apart when things get too heated, but most of the time he won't intervene since his scolding will probably fall upon deaf ears. Petta does her best to steer Arthur away when his boasting goes too far. She's used to the pair arguing and making fun of one another but doesn't like when it breaks out in a fight.
Species © Nintendo/ HAL Laboratory
Interpreted characters created from said species © Rhylem