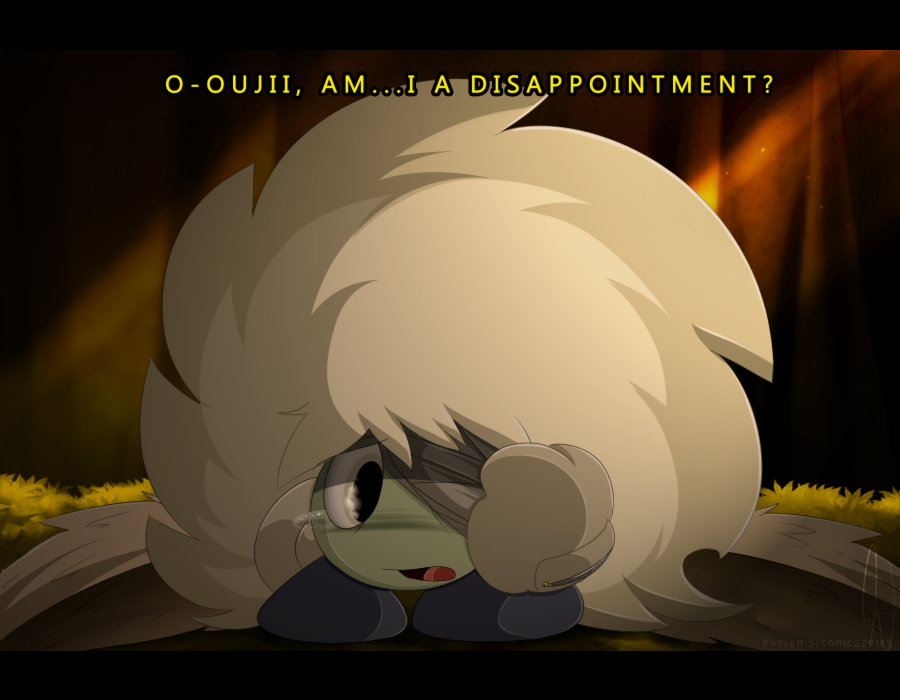 ​​​Self Worth
Sir Bate / Atticus

​
"Grandfather Bate, he hasn't said anything to us this whole week." Kirby spoke in a worrisome tone as he pressed his concerns about Atticus.

"Yeah, he keeps avoiding us no matter what we do." Tula slightly frowned from his cousins behavior. "He seemed fine when he was released from the hospital. But now...."

"Is...he mad at us?" Cellic spoke, equally hurt and confused.

Bate, who was listening to his grand kids troubled words, gave a small sigh and slightly sat up from his chair. He's paid a visit to the Leo after the incident, and knew Atticus wasn't as troubled by it, but after several days from being released, he noticed a change in his behavior. He's become more weary, more secluded, and for a moment, it looked like he was even embarrassed. Something clearly happened, and after hearing what the others said, he knew he had to talk to him.

"What you say is troubling indeed." Bate finally spoke. "I'll  have a word with him, and find the reason why he's acting this way." He reassured the group as he began to get up.

"The last time we saw him, he was in Kalmari Forest." Kirby informed. "When you do find him....."

Kirby's voice began to lower as the thought of something this horrible was troubling his cousin to such an extent. "Just....please tell him we all miss him."

Bate made his way through Kalmari Forest; checking all of his grandsons' garden beds where he usually resides. Of course, Atticus has many beds scattered throughout the forest, and having to check each and every single one of them may provide a challenge for the elder. As the day started to chip away, Bate tiredly leaned against one of the trees to catch his breath.

"Sweet Nova," He quietly mumbled to himself. "At this rate, I might as well see if he went back home...."

Bate's eyes snapped forward when he heard his name called. There was only one who called him by that nickname, and the warrior gave a rather relived sigh when he one he spent all afternoon looking for was standing right in front of him.

"Oh, Atticus," Bate forced himself up and headed towards him.  "I've been looking everywhere for you. You're family is worried sick, are you alright?"

"Y-yeah..." He took a few steps back, and used his wing to slightly shield himself.  Bate watched as he put distance between the two of them and, like Kirby, frowned at the sight of avoiding him.

"Atticus," Bate softly spoke, and waked towards him again. He keeled down to get a better look at his face, and reached up to wipe the tears now trickling down his cheek. "It sure doesn't seem like it. You know you can always talk to me if anything's troubling you. What is it? Is it your eye?"

Atticus turned away from the mention of it, and carefully reached up and placed a hand on the wrapped part of his face. As the silence between the started to grow, Atticus finally decided to speak. "O-Oujii....am....." He began to hesitate with each worn that soon followed. "Am....I a disappointment?"

Shocked from the words he spoke, Bate held back and didn't speak,. Instead, he kept silent and listened on to what he had to say.

"Why am I so different from dad? How come I can't fight like my cousins, or fly as good as you, Ooouji?" Atticus balled his hands as more tears started to fall from the encounter he faced several days back while he was tending to his mother's shop. Their bulling, their torments and ridicule for not being like the former leader of the GSA. Hurt and injured by a plant? Their laughs of scoffs continued to play back like a cracked record. Why? Why was he like this? Why was be born this way?

Atticus' breath hitched when he felt the elder pull him into a protective embrace. His large, talon wings gently wrapped the pair as Bate started to speak.

"Shhhh, enough. I don't ever want to hear you belittle yourself like that again." He softly spoke, looking down at the timid child before him. "You're special and unique in your own way, Atticus, there's no need to compare or measure yourself to others. You may not be a fighter like your father, but you're just as dedicated and hardworking as him. Over they years, you've helped repopulate a wide variety of endangered plants. You're able to easily tend, and grow a plethora of different plants with such ease, even veteran gardeners can't help but take a second glance at your work. Atticus, you should be proud of your accomplishments, and all you've done at such a young age.

Bate released his embrace and softly smiled at his grandson. "Please...could you do that for me?"

He clutched on tightly, refusing to let go. "I promise I'll make you proud. I won't ever stop doing what I love, I....."

"ATTICUS!!!" A sudden voice cut his sentence short, as a Pink Puff barreled through the bushes along with Tula and Cellic.

"K-Kirby, Tula, Cellic...." Atticus spoke as he walked towards the pair, slightly rubbing his face to remove any tears that may have lingered. "What are you doing here?"

"Yes, I'm quite certain your parents are worried." Bate spoke in a strict tone as the group nervously smiled.

"Sorry, Grandfather Bate, but after the sun started to set and Uncle Arthur informed us Atticus was still out, we just had to look for you." Kirby explained.

"And we finally did, granted it took a few hours...!" Tula added and headed to his side and nudged her cousin. " Hey, look! Atti's smiling! He's back to his old self!!"

"We were so worried." Cellic said, relief in his voice when he saw the smile. "Y-you're doing okay now, right?"

"Ah, I...." Atticus looked back at Bate for a moment, and then at the group. Smiling brightly, he fluffed up his wings and nodded.