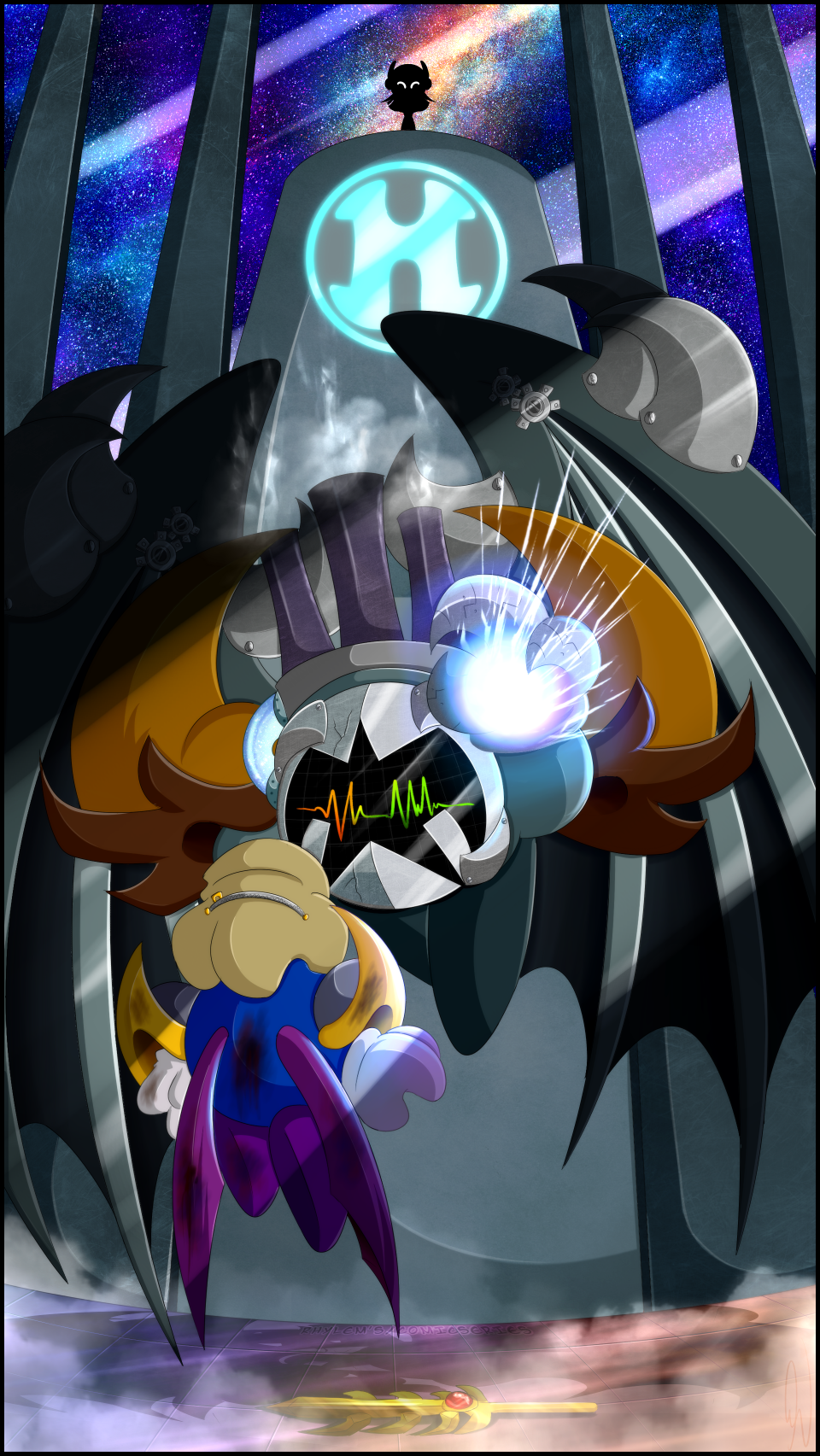 ​
​​B. A. T. E.'s form stood like a colossus against the fluorescent lighting of the room they were in, dark and massive with his wings stretched wide. Just as he had been in life, the soldier towered over Meta by a large margin, and while normally Meta might not have felt any trepidation at all, this time he felt something less than savory drop in his stomach. It was eerie, how something that had once been so comforting now incited such wariness, and desperately did Meta wish to finish this up so that he wouldnít have to face such a fear again.

The other's arm rose again and Meta hoisted Galaxia upwards, narrowing his eyes as he took the other in. Was that all he could do-?

B. A. T. E.'s wings shifted, and suddenly the soldier was /there/, right in front of him without a single sound. Off-guard as he was, Meta had neither the time nor capacity to react, and it was with a cry that he found himself being taken into a choke-hold by the otherís free hand. He scrambled for breath, tried to swing Galaxia in vain, and stared up into the emotionless visor of what had once been his teacher.

This wasn't- Already? He couldn't do anything but flail! How could this be-?

"You're far too late for such a thing," Meta heard from somewhere off to his right. "Our specimen gave in to us long before you ever stepped foot in the facility. What consciousness they might have had is gone, as it should be."

He didn't believe it. Not a chance. His teacher was stronger than that.

And yet... Why was Bate's hand raising towards him with a crackle?

He shivered and went limp, and Galaxia clattered uselessly to the floor. "I...I'm sorry teacher. I couldn't save you. I tried, truly I did, but... I suppose it wasn't enough. Forgive me."

And as the hand swung forward to deal the finishing blow, Meta could only hope that Kirby would persevere and succeed where he had not.
​​​​​​Artist Comment:

It seems like Meta wasn't strong enough to defeat Bate. Then again, it's quite hard to battle against someone you care for.  :<

The fabulous writing you see above is NOT mine! I commissioned a friend to write a piece for this illustration since I love, love love her writing.