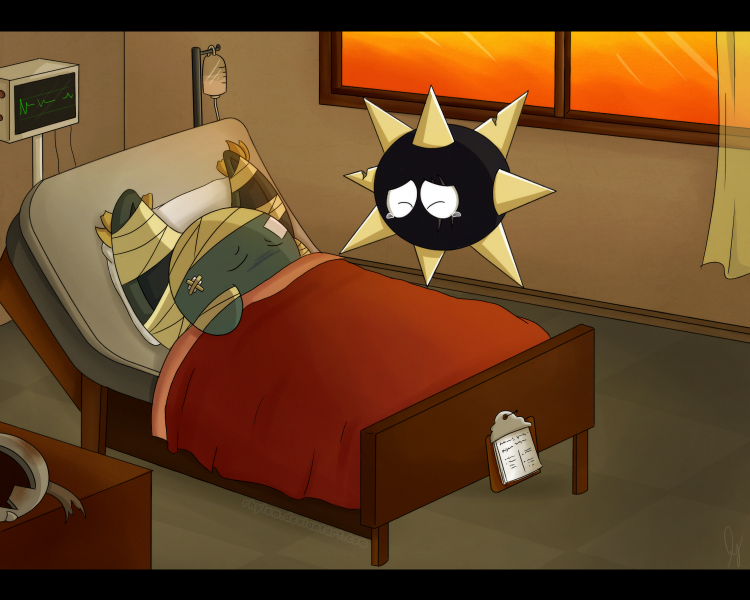 Gordon softy spoke to the unconscious figure as more tears began to fall. If only he was there to protect him. If only he sensed something was wrong.

Maybe he'd still be okay. Forming several of his specter hands, he grabbed Bates' and continued to quietly sob in the lone hospital room.  In the hallway of the hospital he was staying at, a few nurses huddled outside the room where the cries came from.

"Apparently he got ambushed by a gang of hunters." One of them whispered.

"The one that's crying?"

Nothing hurts more than seeing someone you really care about injured. ;^;

This is a small scene from Bates past. I haven't really mentioned it before, but Gordon and Bate share an extremely tight friendship. (Gordon expresses it a bit more, though.)
​Species © Nintendo/ HAL Laboratory
Interpreted characters created from said species © Rhylem