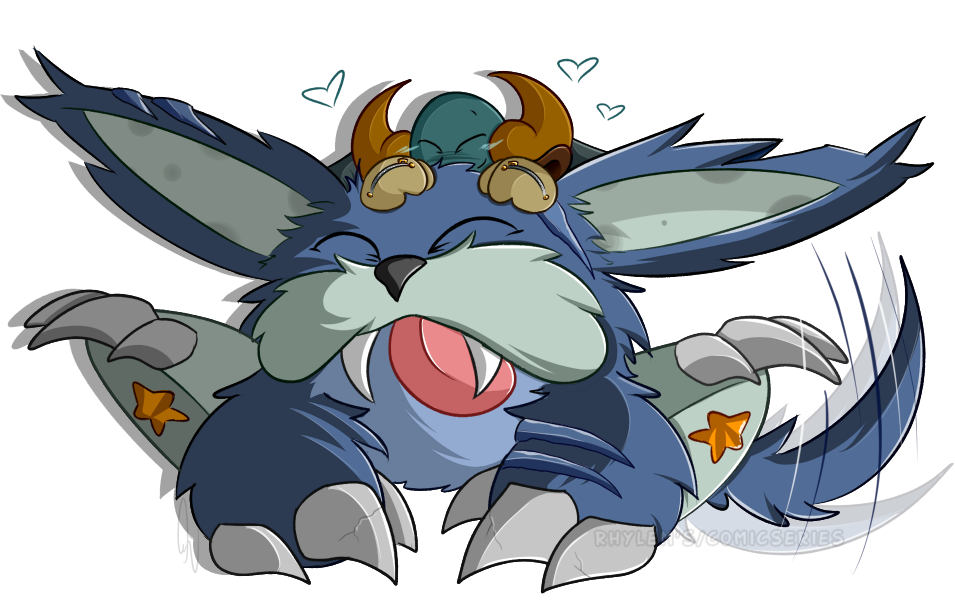 Bate giving 'little' Kisses some hugs 'n snuggles since he's been away. He still doesn't really notice his growth spurt at times.
​
Even though Kisses is almost the size of Bate's home, he's still just as lovable and loyal to his master. I guess Meta bringing him home was a good idea after all. <3333
Species © Nintendo/ HAL Laboratory
Interpreted characters created from said species © Rhylem