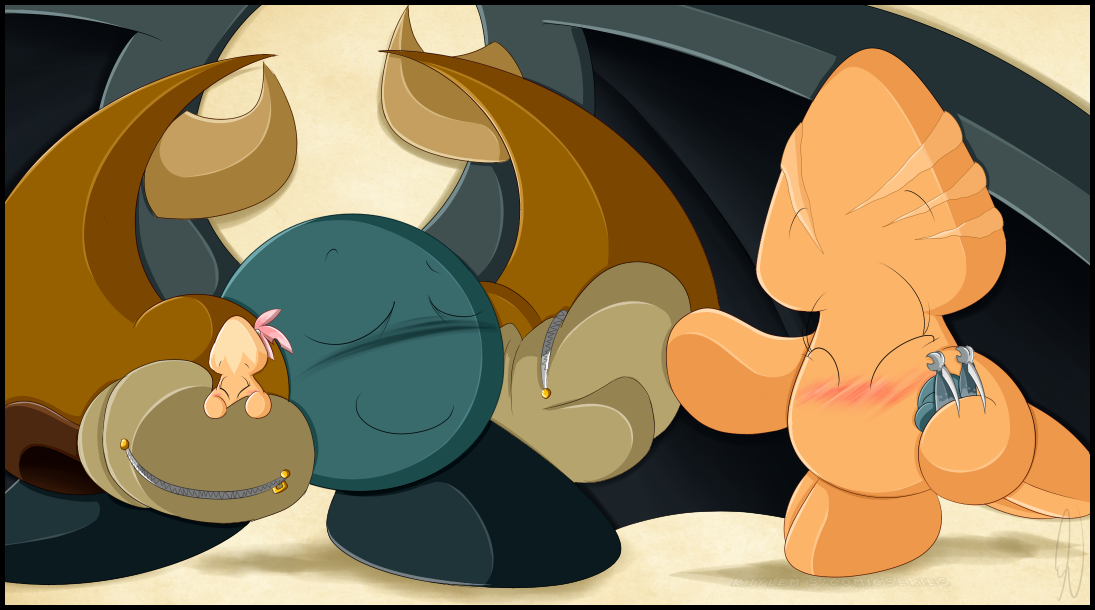 ​
​​
We’re so awesome, Ellie.” Bate smugly stated as he carefully held his daughter close to his side.

“Settle down, dear.” The Squishy couldn’t help but laugh how conceited he was acting after their first outing as a family. Then again, who is she to deny the truth?
​
​​​​​​​​Artist Comment:


Watch out, we got a couple of smug parents! They have that whole “Hey! Check out what we made!!” vibe going on.

If you ever get in their way, be prepared to be bombarded with tons of photos and stories about them. oAo