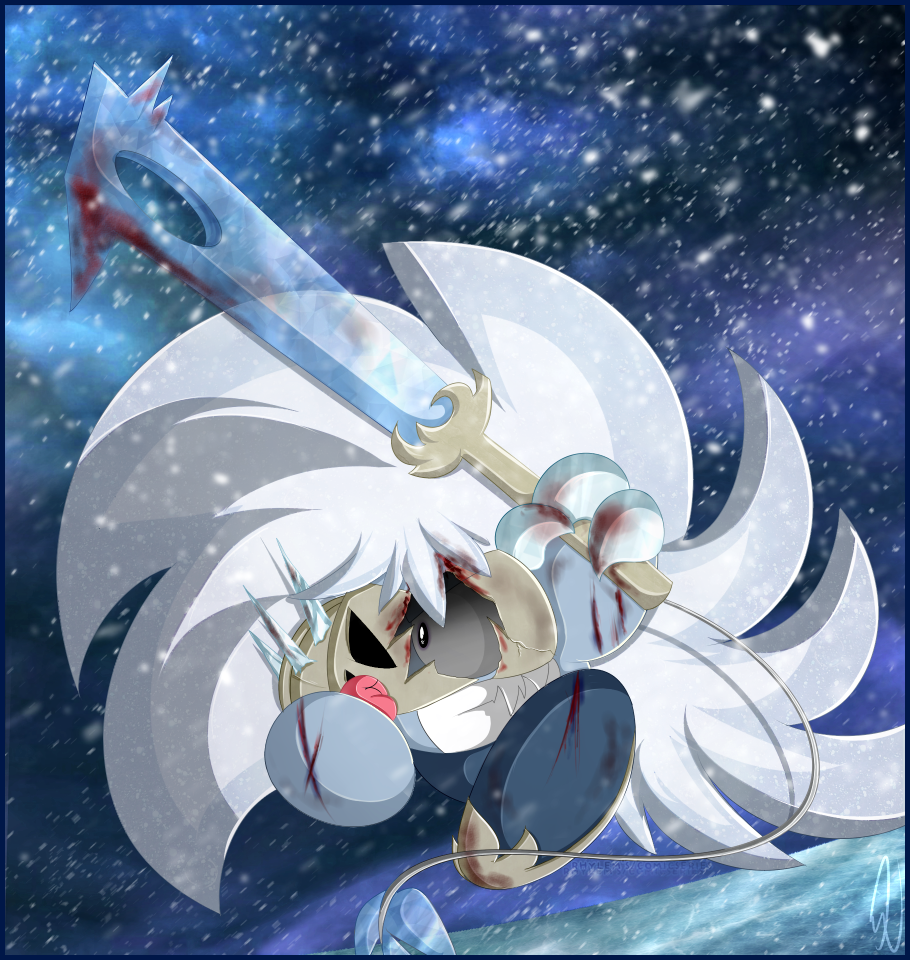 A continuation to this unfinished drabble here.

Kes is conflicted by the role she has with Kirby. She was originally assigned to watch over and protect Meta and Kirby since my headcanon is Kirby may be possibly one of the last Star Warriors left. But when Kes takes on the mission and notices Kirby sees her and Meta as parental figures, the Leo starts to become conflicted with these feelings. She doesn't see herself as his mother, but at the same time, she doesn't want to abandon the pair.

I guess you can say this is the outcome of what she decides. She's willing to put her life on the line to protect him regardless.

* I was originally going to showcase the ice claws she's able to form on her feet during battle. They're like two giant raptor talons, but I decided to hold off on it for now. Maybe I'll draw it in a future illustration. You can see the sketch of it below if you're  interested how it looks like. x) 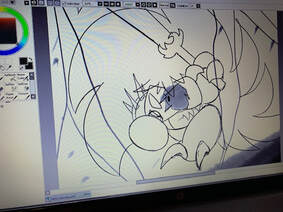