WAIIIT!!!! BEFORE I SAY ANYTHING!!! (Because something terrible obviously happens in this page) Let me share a VERY important  personal headcanon about the Gordos. It's a favorite of mine that I've been wanting to share, so I hope you enjoy it!! (This is a FAN THEORY! This is not from the game nor anime, so don't mistake it as actual canon!)


​
Origin of the Gordos
​
First off, we’ll discus the origin of the type of Gordos you know today. Gordon’s design is what we tend to see these days; a simple iron ball with Spikes. Nothing more, nothing less. These common Gordos are created in an uncharted location in Central Crux. As stated many times in the past, these Gordos are used as projectiles in the war as they are perfect for causing mass damage. Not to mention, it’s easy to make Gordos as all one needs to do is collect the shattered remains, smelt them, and then start the process all over again.

There is a name for this type of Gordo. When a Gordo is created, they are what we call a “Synthetic Gordo.” Gordon, and Gordon Jr. are synthetic Gordo. Cellic is a different story, so keep reading to learn more.  Gordon, Jr., and all the other Gordos in Centeral are originally based off of the Legendary, Diamond Gordo named King. King is a very unusual Gordo. Unlike Gordon, King was made of crystals and diamonds. Crystal Gordos are actually said to be the original Gordo. Though that was many eons ago, and it is believed that Crystal Gordos are long extinct.
​ 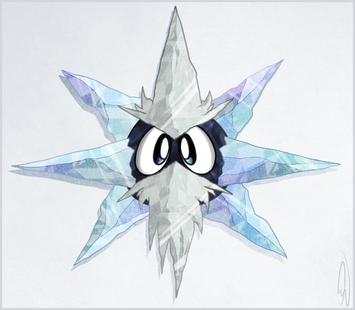 ​Anyways, we call them "Natural Gordos.” Because they were not made in a lab, or by people. Cellic is a type of Natural Gordo. He’s half synthetic, half natural. As in, he was made in a lab, but he was stuck in a certain environment for a long period of time that altered his form. (The coral like spikes he now has.) FYI, Cellic was stuck at the bottom of a lake for 5 years. He adapted and changed as a result. While he is not a pure ‘Natural Gordo’ he still as traits and features as one.

Natural and Synthetic are similar, but do share many differences:

A Natural Gordo is not created by anyone, while a Synthetic is made by another.

A Natural Gordo has an environmental like feature, while Synthetic do not.

​
You can see several examples of Natural Gordos below.

That being said, many Natural Gordos actually shed their spikes yearly. Sort of like how a deer sheds their antlers. So if you break a spike, it will grow back. Synthetic Gordos unfortunately do not have this.

Another important thing is that Natural Gordos bleed if injured. If a spike is cracked, they will bleed unlike a synthetic. (It's not actual blood, but more of a type of fluid.)

Natural Gordos also need to eat. Gordon and Jr do not need food to survive. A Natural Gordo does. Though they don’t need to feed often. Depending on their nature, one may need to feast once every several months.

A Natural Gordo can get sick if they’re put in an unsafe environment. EX: A snow based Gordo will fall ill in hotter territory.

So getting back to the comic…especially what Shieff said. Going by my notes above, the Crystal Gordos were wiped out eons ago and the Synthetic ones took their place in an unspecified location in Crux. If what Shieff said is really true, and he is the creator of the Synthetic Gordo, sheesh- how old is this guy?

Gordon is powerful, yes. Probably the strongest on in his group of friends. But against the original creator of  his kind? He really never stood a chance.

The IS something very special about Synthetic Gordos. But that’s another story for next time. Maybe keep reading to find out???  =O
​
Species © Nintendo/ HAL Laboratory
Interpreted characters created from said species © Rhylem
Story © Rhylem