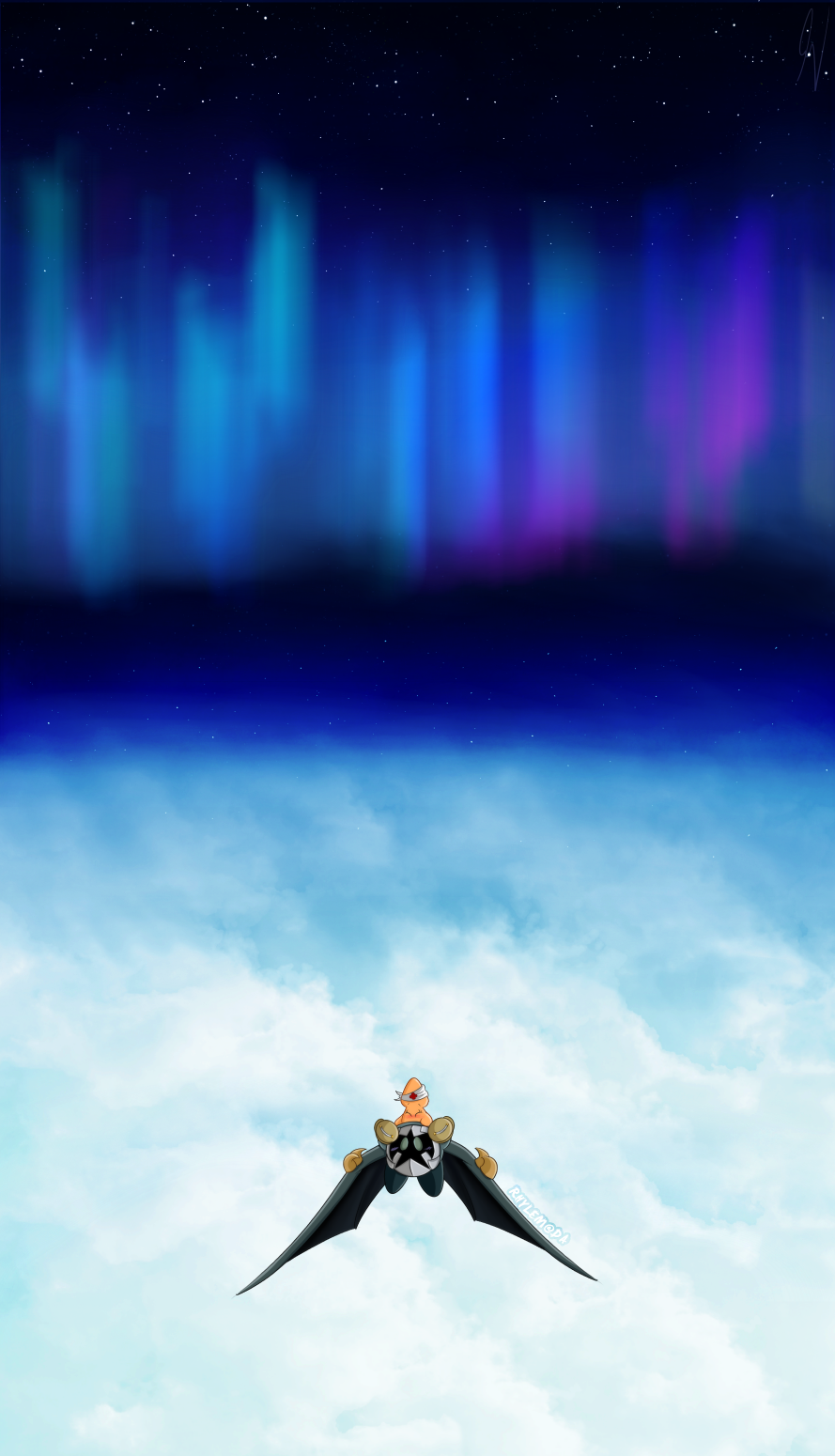 This was a scrapped bg I made back in March. (It was originally going to be the bg for Arctic Waltz, but I didn't want to shrink the image >,<; ) I've been wanting to use it for the longest time, so I finally decided to draw something for it. ^o^
Species © Nintendo/ HAL Laboratory
Interpreted characters created from said species © Rhylem