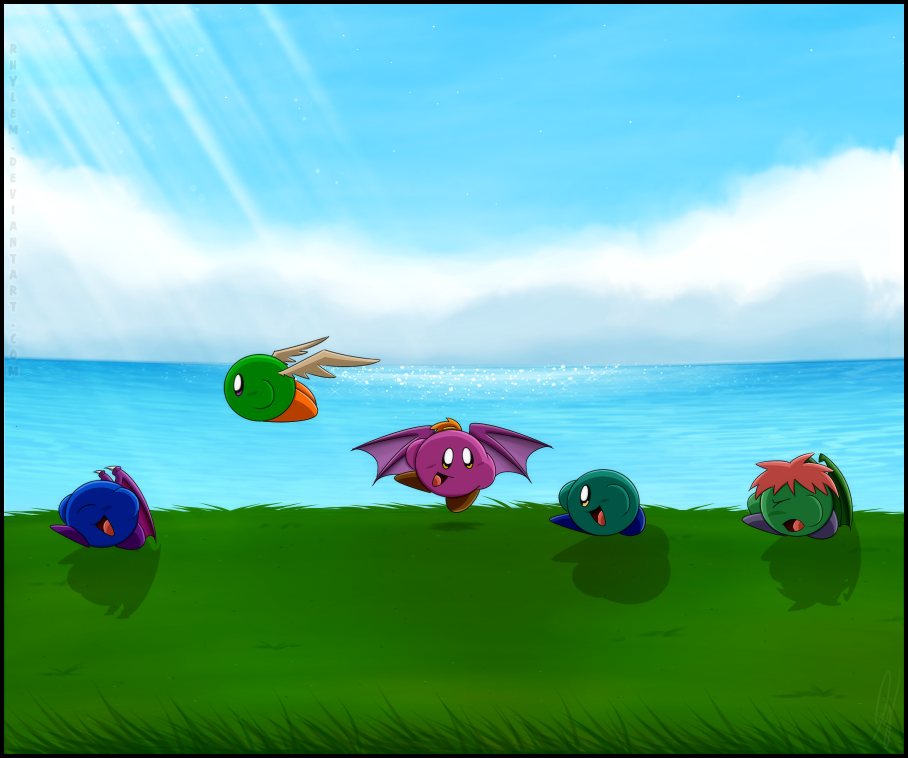 ​
​
"A whole month off?" Gordon questioned. "That doesn't sound like you."

Bate watched the 5 Puffballs chase each other a few feet away from where they were sitting. "Well...." He shrugged. "They're still young. They won't always have the luxury to such simplicities when they're older.

"Yeah?" Gordon smiled and watched the five as well. "Or.....maybe it's something else?"

The elder continued to watch the tiny warriors.

"Of course not...." His voice, a mere whisper against the warm, Kalmari winds.

"....Then again, sometimes I think you know me better than I know myself."
​Artist Comment: