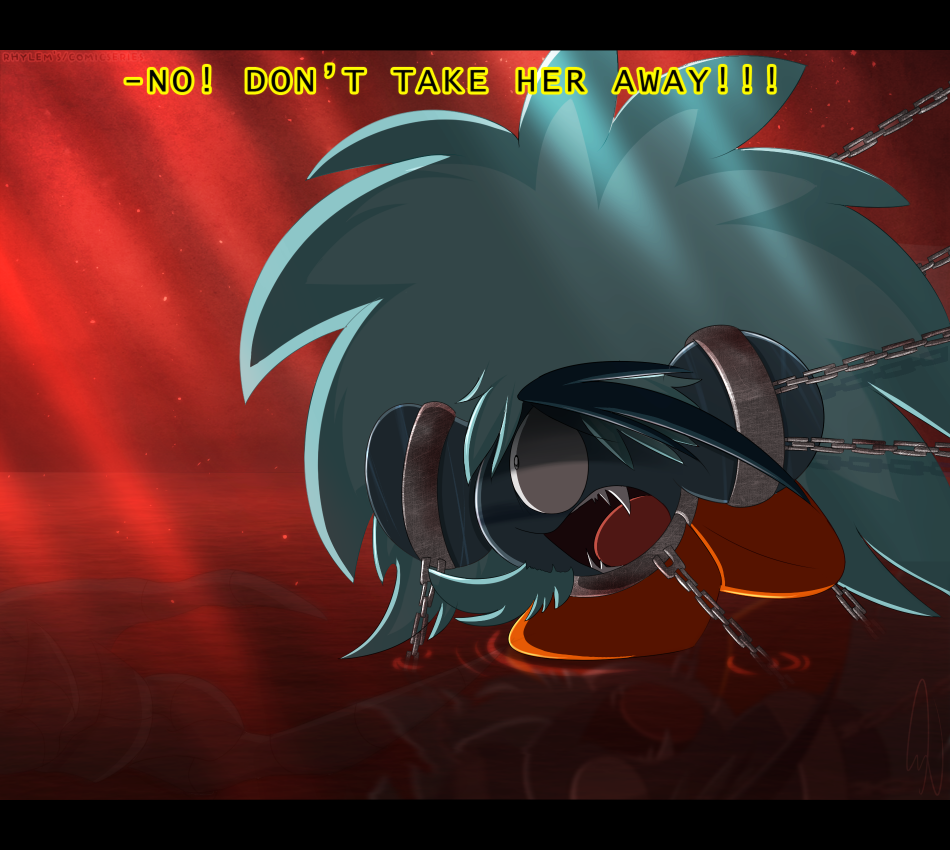 Nightmare of Pyrell
Pyrell / Falspar
​
​He woke with enough force that made even a heavy sleeper like Falspar wake. The temperature in their room shot up several degrees, and Falspar scrambled to turn on the light on his nightstand. Once their room was faintly illuminated, he grabbed the others hand despite how hot he was to the touch.

“Pyrell, it’s okay. It was just a nightmare.” He spoke in a soft voice, trying to calm the startled figure.

It was a routine Falspar’s gotten used to ever since he met him. He learned from Drani, Pyrell’s late Guardian, that his abusive past left him traumatized to the point where he constantly suffers from nightmares. Drani was always the one to comfort and ease him, but since she passed away, Falspar took it upon himself to fill that role. He also learned from Bate’s Guardian, Lady Atka, that Star Warrior’s who have damaged Warp Stars are prone to nightmares. Since Pyrell’s Warp Star shattered after Drani’s death, he’s witnessed the Leo wake in fits of tears on many occasions.

Falspar truly wished he could do more than to comfort him. It pains him to see his husband struggle with something as simple as sleeping. And although Pyrell’s learned to live with it, it still troubles Falspar when it happens.

Falspar looked up when he felt his hand being gripped by Pyrell. He was still panicking, breathing heavily as his was trying to shake the terrible nightmare that terrorized him. Eventually, he calmed down enough where he was finally able to speak.

“A nightmare…? He spoke in a shaken voice.

“You’re okay now.” Falspar spoke a bit louder, moving his position in bed so he could sit in front of the Leo. He locked eyes with his, and gave him a warm smile. “You’re safe.”

Falspar frowned. He knew from past nightmares he was talking about Drani. It never gets any easier to tell him.

“Pyrell….” He softly spoke as his voice started to falter. “Drani...isn’t with us anymore.”

The Leo blinked a few times, registering what he just said before shaking his head. “I was talking about…” He suddenly paused for a moment.  Falspar heard his breathing hitch, and the Puff gave a surprised yelp as he fell back when Pyrell rushed out of bed in hysterics.

“Where is she?!” He panicked.” Tula! Is she okay?! Where did they take her?!!” He shouted in fear, running to the door, only to be tackled by Falspar not a moment later. It caused a rather loud ruckus in the room as both figures started to struggle against one another.

“Pyrell, relax.” He used a bit more force than before since he didn’t want the others to wake. “Tula's fine. She’s in bed sleeping. Settle down and take a deep breath. You had a nightmare. You need to calm down.”

Pyrell continued to fight against his grip as he was lost in his own thoughts. Falspar was starting to lose his grasp, but refused to let go as he continued to try to coax the Leo. To Falspar's relief, Pyrell finally tired out from fatigue, and the warrior released his hold on him.

Both were exhausted, and the pair rested on the hard, wooden floor before Falspar spoke several minutes later.

“Do..you want to talk about it?” He spoke, still out of breath. Pyrell isn’t considered weak by any means. He's like a one man army, so trying to subdue him drained Falspar to the point where his muscles where badly aching.

Pyrell laid motionless on the floor- a good portion of his hair was covering his face; making it hard to see his expression. The Leo did not speak at first. He was quiet, and wasn’t out of breath like Falspar was. He slightly moved, but still stayed on the floor.

“They took her.” He spoke in a cracked, scared voice.

His body slightly trembled, and he pushed himself up to look at Falspar. Tears falling from his face, Falspar couldn’t help but reach over and hug his other half when he realized what he meant.

“Pyrell, no one is ever going to take Tula away from us.” He spoke with absolute confidence as he pulled away to look at him. “You are an amazing father. We both are. We gave her a home, we gave her a family. And I won’t let anyone take that away from us, okay?”

Pyrell was struggling to accept what he said, and Falspar could clearly sense it. The doubt in his eyes, the hesitation in his voice- Falspar did the only thing he could think of to calm him. Using what energy he had left, he leaned forward to kiss him. He didn’t move until he was sure Pyrell was feeling better. Eventually, when he finally was, Falspar moved back on the floor- still winded from the scuffle.

“I’m a bit tired. Do you think you can tell me how we spent yesterday afternoon while I rest?” He asked.

“O-oh…u-umm….of course.” Pyrell went towards the Puff and rested by his side. They were quiet for a moment, but Pyrell finally answered his request. “Well…we went to the beach. Tula’s been wanting to go once the warm season began.” He started off.

“Hm, yeah.” Falspar smiled, knowing Pyrell didn't like beaches, and even avoided it when they started dating. Of course, when Tula arrived, he wouldn't show a lick of hesitation.  “That was fun, wasn’t it? What else did we do?"

"She called us into the water to look for shells." Pyrell mused. "And then we used them to decorate the sand castle we built."

Falspar heard the happiness in his voice starting to show. Closing his eyes, the Warrior nuzzled his partner as he was getting sleepier and sleepier. "And..after that?" His voice was much lower, and had a hint of drowsiness to it.

"We had lunch, and then walked to the plaza to get ice cream, and....and....." He paused for a moment when something caught his attention, and glanced at Falspar who ended up dozing off. Soft snores could be heard from the Warrior, and Pyrell couldn't help but smile to himself. He pushed himself up, and he gently picked up the warrior to place him back on the bed.

I have a small head canon that Star Warriors who lost their Guardian (Or have a severely damaged Warp Star) are more susceptible to nightmares. Pyrell unfortunately deals with a terrible past, so he was already suffering from them beforehand. Falspar fills Drani's roll to coax and calm his husband down when he wakes from a nightmare.

There was originally going to be a comic that shows what each Warrior fears the most, but I scrapped it for now. But we get to see what Pyrell's absolute worse fear is. At first it was losing Drani, then it changed to losing Falspar once they started getting close during their GSA days, but now that he has a daughter, he fears losing Tula to child services. Some areas in West Nova are still very conservative, and there have been a instances where Pyrell could feel the tension while traveling to different towns. These doubts and fears have manifested to a nightmare of its own.

It's a terrible ordeal for Pyrell because there are times where he doesn't see himself as a good parental figure for Tula. He grew up constantly being told he was a failure from his father. He was trained to be a brutal fighting machine once Bero died, and he grew up with a short temper and a very violent temperament. Of course, Pyrell moved on from his past. He isn't violent, he isn't short tempered like he once was thanks with the help of Drani, Falspar, and more importantly, Tula. Pyrell does everything in his power to make sure Tula has the best and happiest life she can have. But due to the constant nightmares he suffers, all his confidence of being a good father is shaken and crippled for a brief moment when he wakes. Though, thanks to Falspar, Pyrell is able to move past his doubts, and continues to be the best father for his precious little plum. <3
Species © Nintendo/ HAL Laboratory
Interpreted characters created from said species © Rhylem