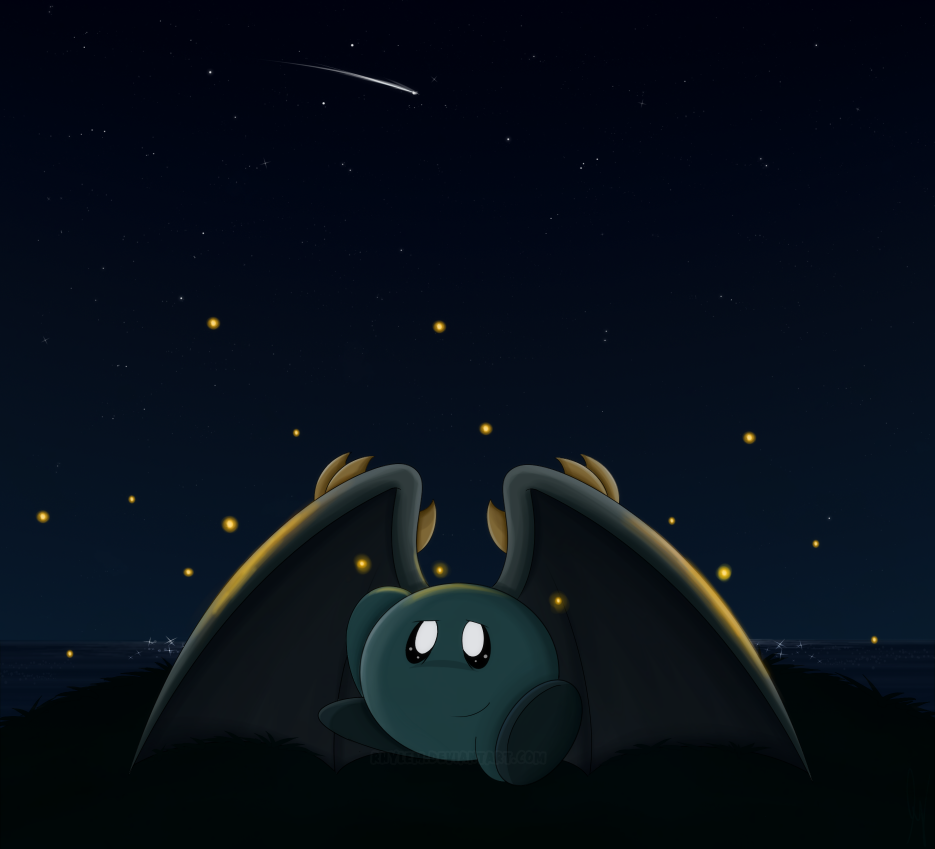 Let's start off the year with the character that spawned the Meta series into existence. If it weren't for Bate, I probably wouldn't be drawing about MK's past...or have any of my other characters, for that matter. x) I remember when I didn't even have a name for him; I just called him 'the flight instructor.' It's strange how one comic changes everything.
​​Species © Nintendo/ HAL Laboratory
Interpreted characters created from said species © Rhylem