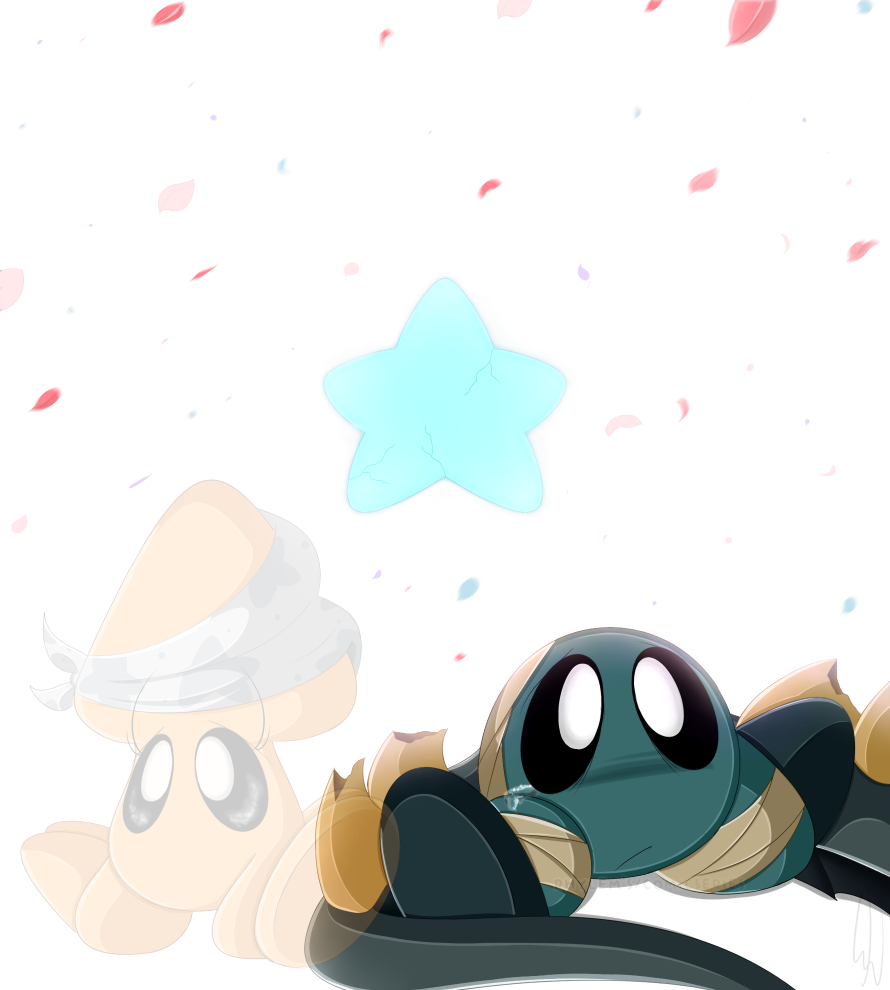 Mr. Blue
I have to go now
Darling don't be angry

Once I heard this song, I HAD to draw something. It reminds me of Bate and Ellie, so, so so very much. ;-;

This scene takes place when Bate was released from the hospital in Grand Illusion. After all that's happened- losing Ellie and Atler, being shunned from the residents of Kalmari, binge drinking, attempted suicide, being monitored in the hospital-  Bate finally gets a chance to be alone with his thoughts. Broken, hurt, confused...but in a way, he's finally ready to take the first steps needed to move on with his life.

He then remembers something important an old friend once told him- "Each chapter in my life would hold much greater things than the last."

He wants to believe those words. He wants to believe he can move forward and see a light of the dark tunnel he's in now. He's terrified to go through with it, however. He yearns for his old life. He so dearly wants to be back with Ellie. He wants his friends by his side.He wants to spend his mornings eagerly delivering mail so he could join them all for lunch. He wants to continue teaching Atler, and he wants to be the best father he could ever hope to be for him.

In an instant, everything he held so dear to him disappeared. Bate's scars will never fully heal. Any little thing he does reminds him of his past. Stargazing, flying, eating at his favorite restaurant- even something as simple as sleeping will effect him negatively. He expects Ellie to always be there by his side, so the next following years will be very hard for him to get through.
Species © Nintendo/ HAL Laboratory
Interpreted characters created from said species © Rhylem