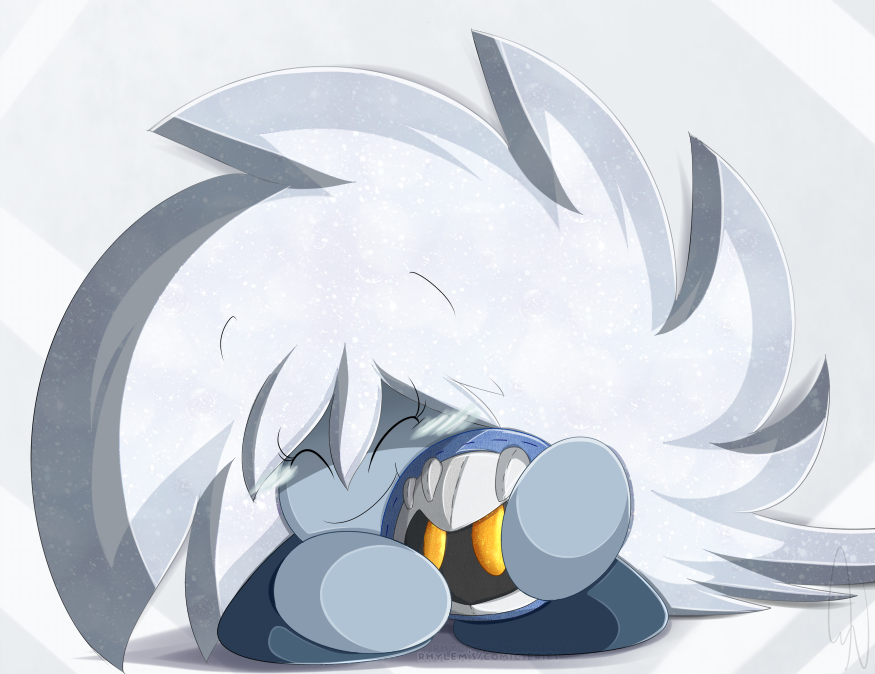 A new line of super adorable Kirby pillows were announced several weeks back, but I missed my chance to pre-order a Meta Knight one. >x<;;

I thought I'd draw something cute since I think Kes would likely get one. XDD I'm not sure why she would, though, she's living with the real Meta Knight. XDD Maybe he's not as plush and snug as the pillow version, haha~
Species © Nintendo/ HAL Laboratory
Interpreted characters created from said species © Rhylem