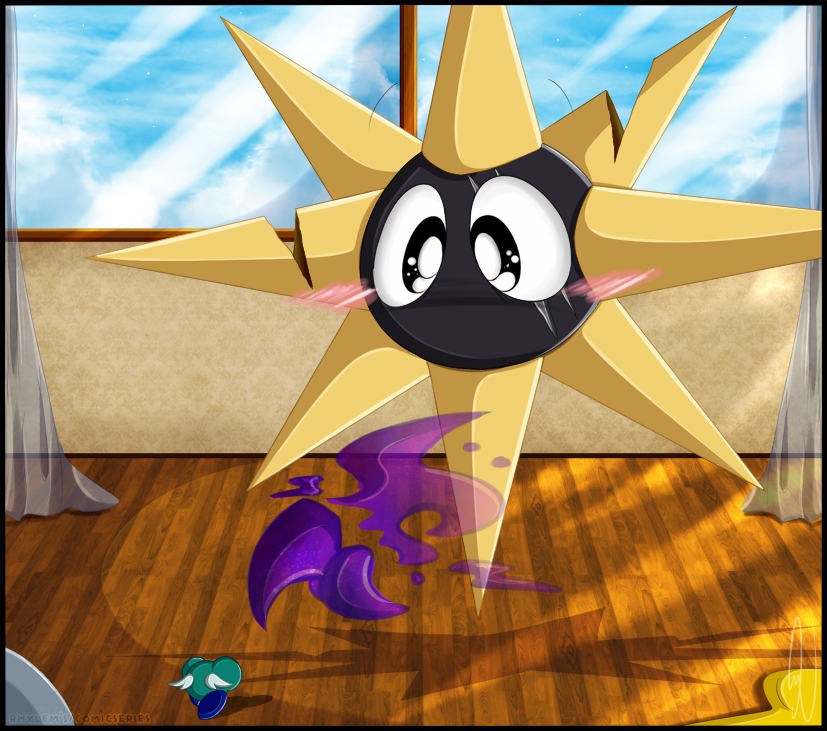 After the arrival of several infant Warrior, Gordon could say without a doubt that his once distant, battle scarred comrade was finally learning to move on. After the death of his wife and son, Gordon wondered if he would ever see his friend genuinely smile again. They've been living together for almost a decade now, and something about those infants caused a shift in Bate's behavior and daily routine. You see, Gordon's usually the first to wake. He gets the stove heated so he can prepare tea and breakfast while Bate's getting ready. After eating, they head over to the living room to read the paper before heading out. It's been a routine they've shared for so long, but Gordon's starting to find himself cooking only for himself as Bate headed out already. He wasn't sure why those kids made such an impact on him, but he was curious as ever to figure out why.

"Heading out again?" Gordon piped up from the kitchen. By the sounds of keys dropping and him quickly shuffling to pick them up, Gordon had a feeling Bate wasn't expecting him to be up.

"Wouldn't you like some tea first?" The Gordo lifted up the warm kettle. "I just made it."

He watched Bate glance at the door, contemplating on his offer. It's been awhile since they last shared a morning together, so the Puff nodded and walked in the living room where Gordon poured him a cup.

"Thank you." He gently lifted old tea cup and took a small sip.

"Of course." He took a seat across from him. "I figured I'd get up early as well since it seems like you're leaving the house earlier and earlier each day. Those kids must be quite something to get you to skip your morning tea for the past several weeks."

"I'm just making sure they're adjusting to Kalmari." He spoke.

Of course, Gordon knew he was lying. He would be gone for hours on end tending and spending time with those puffs, but it seems like he's still as stubborn as ever to admit it. This gave him an idea.

"Hey, how about I come along to help?" He offered. "I'm quite curious to see how they're...adjusting." He humored the Puff and mimicked his earlier statement.

"If....you'd like." He was hesitant, but had a feeling Gordon already saw through his pathetic lie. He set down his cup and shyly rubbed his head. "Ummm....there's one warrior...ah, Nonsurat. He's a curious one, so maybe he'll be interested in meeting you."

"Nonsurat, ay? Well, I'll certainly try." He nodded in interest. Knowing how important they are to Bate, hopefully he can do his best and fulfill his request.


When the pair entered the home where the five were staying, Gordon had to bite his tongue when he saw a rather dark, navy blue puff toddle to Bate. It was just too adorable for him to handle. The child was babbling and holding out his arms; waiting for the elder to pick him up, and Gordon had to look away in fear of teasing his comrade. Nonetheless it was so wholesome to see his friend happy and cheerful for once more. Once Bate had the toddler securely in his arms, he motioned Gordon to the other room where Nonsurat usually stays. Gordon gently twisted the handle and made his way in. He looked around but couldn't spot the small warrior anywhere.

"Is anyone in here?" He quietly called out. Summoning one of his hands, he moved a few of the plushies scattered across the floor. "Nonsurat?" He called once more.

He heard a small squeak after grabbing once of the plushies. A small teal puffball was under it, and Gordon couldn't believe how small he was. "O-oh! You must be Nonsurat Bate was telling me about. Hello, there."

The small puff looked up at awe when he saw the large creature. He curiously reached out to touch his hand, since he's never seen anything like it before. What was more interesting to him, however,  was the one who summoned it. Nonsurat tried to balance himself with each step he took so he can get a better look at the spiky figure in front of him.

Gordon gasped when he saw the small warrior make his way towards him, and couldn't help but call out to Bate in pure bliss. "Bate! He's walking towards me!"

He summoned one more hand to gently pick up the child, and held it in front of him. "I'm glad you don't find me scary." He smiled. " You must be a super brave Star Warrior, huh?"

Nonsurat only babbled in response and leaned froward to place both his hands on his face. Gordon mused as he started to remember what it felt like to raise a child again. Although nothing could ever replace his son, something about this warrior put his conflicting feelings at ease. Maybe....just like Bate....he could move on as well.

"I suppose I could understand why you visit them so often." Gordon thought to himself as he tried not to laugh at the infant trying to reach one of his spikes.

A lil' illustration and small one-shot for Gordy's B-day. x)

This takes place when Gordon and little Nonsurat first meet. Unlike before, Nonsurat isn't scared of Gordon and is actually quite curious of the Gordo. Gordon, who lost Jr. many years ago, has had conflicted feeling when it comes to raising another, but it ultimately dispersed once Nonsurat began toddling and bonding  with him. Like Bate, Gordon became fascinated with one of the five Warriors, and visits often until a certain point. I'm sure he'll be thrilled to know that his future self becomes the little warriors mentor. x)
Species © Nintendo/ HAL Laboratory
Interpreted characters created from said species © Rhylem