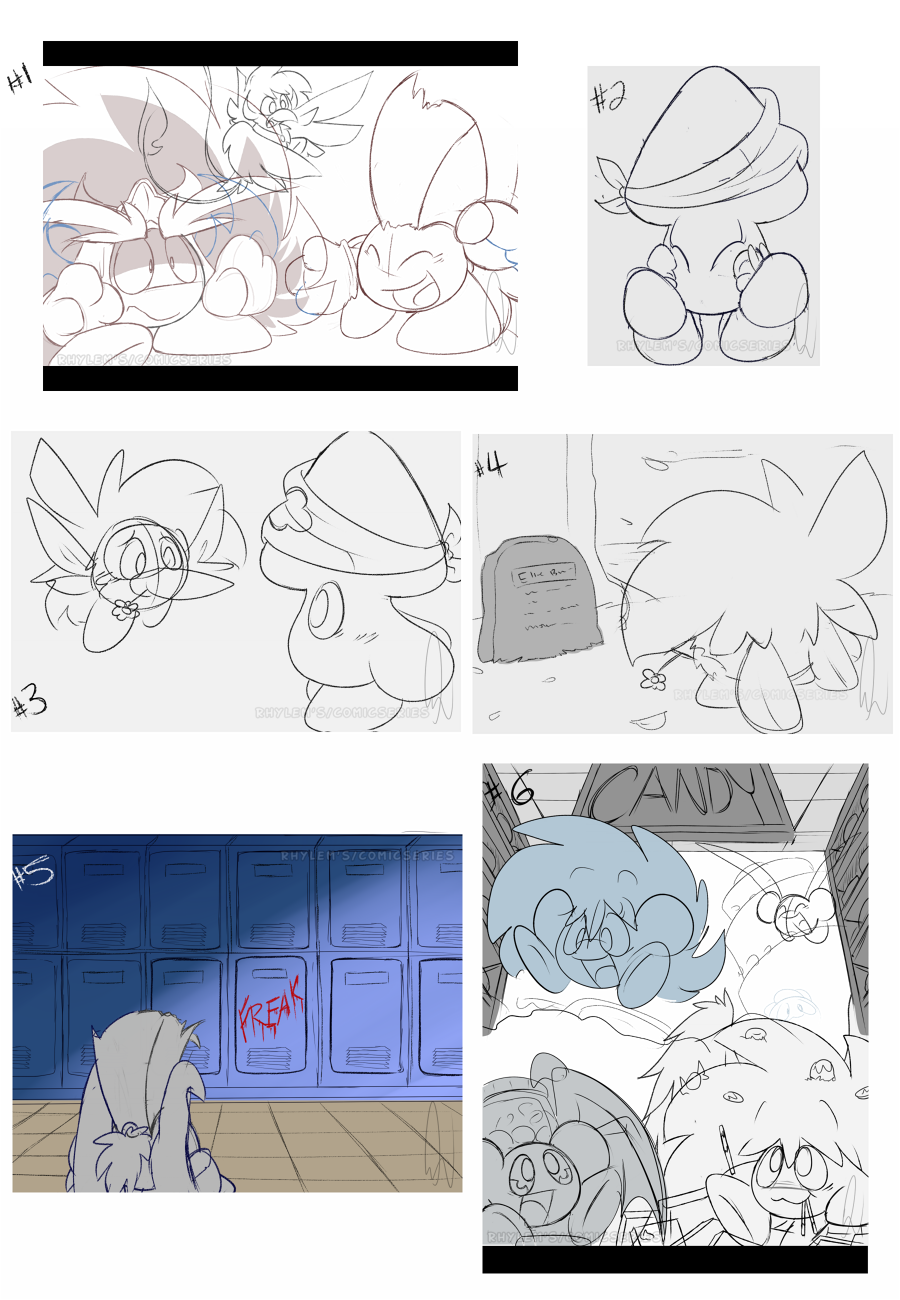 I know I should be finishing the other doodles from last month, don't remind me. XDDDD Here's a new (small) batch of doodles.

#1 GSA days. Falspar tries to get Pyrell to dance with him!! Pyrell has never danced before and tries to reject his offer. Fally isn't gonna give up, though! Looks like Drani is joining in as well~! ^o^

#2 Small doodle of Ellie with her two precious babies~ <333

#3 & #4 Atler giving Ellie a small gift for Mother's day. Atler never openly told her he saw her as his mother, and once she passed away (Illustration #4) he regrets not telling her. He hopes she knows he saw her as such.

#5 GSA days. Once word got out Falspar had feelings for a certain Captain, he was ridiculed and harassed by his platoon. (NOT his comrades.) By that time Dragato and Nonsurat already left the GSA. Meta would occasionally help when he wasn't busy, and Arthur really didn't care as he was busy with his ranks. Falspar truly felt isolated and alone during this time. I'll talk more about it later on if I get to it. >x<;;

#6 Kirby and Tulok meet their parents as kiddos~!! What do they all do once they meet? EAT LOTS OF CANDY OF COURSE!!! 8D
Species © Nintendo/ HAL Laboratory
Interpreted characters created from said species © Rhylem